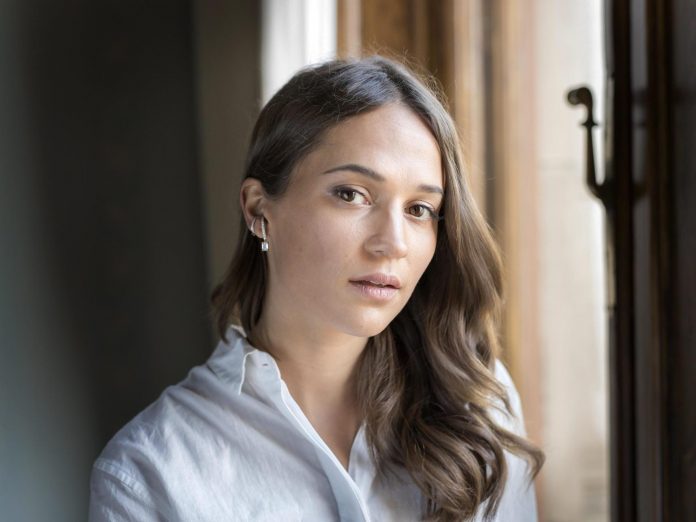 Below is a compiled list of the most interesting facts about Alicia Vikander. Check it out!

Alicia Vikander is a Swedish actress, dancer and producer. She was born and raised in Gothenburg, Västra Götalands län, Sweden, to Maria Fahl-Vikander, an actress of stage and screen, and Svante Vikander, a psychiatrist. Through her mother, she is one quarter Finnish, and had a maternal great aunt who moved from Finland to Sweden to escape World War 2. Alicia began acting as a child in minor stage productions at The Göteborg Opera, and trained as a ballet dancer at the Royal Swedish Ballet School in Stockholm, and the School of American Ballet in New York. She began her professional acting career by appearing in Swedish short films and television series, and first gained recognition in Northern Europe for her role as Josefin Björn-Tegebrandt in the TV drama Andra Avenyn (2007). Vikander made her feature film debut in Pure (2009), for which she won the Guldbagge Award for Best Actress. She attracted widespread recognition in 2012 for portraying Princess Ekaterina “Kitty” Alexandrovna Shcherbatskaya in Joe Wright’s film adaptation of Anna Karenina (2012), and Queen Caroline Mathilde in the acclaimed Danish film A Royal Affair (2012), receiving a BAFTA Rising Star Award nomination for her breakthrough. She went on to star in the 2013 Swedish drama film Hotell (2013)and appeared in the Julian Assange biopic The Fifth Estate (2013) that same year. In 2014 and 2015, Vikander achieved global recognition and acclaim for her roles as activist Vera Brittain in Testament of Youth (2014), an AI in Ex Machina (2014), for which she was nominated for the Golden Globe and BAFTA Award for Best Supporting Actress, and painter Gerda Wegener in The Danish Girl (2015), for which she received the Academy Award and the Screen Actors Guild Award for Best Supporting Actress.

I push myself hard. I don’t like pain, exactly, but as a ballerina, I lived in constant pain. At ballet school in Stockholm, I remember we had a locker where if someone had been to the doctor and gotten painkillers, we divided them among us. In a sense, we were all addicted.

I still love to see the ballet. And I love to boogie.

I am very fortunate to work with people I have seen on the screen so many times and admired, and they are in the public eye, and I have seen how they handle it. There are definitely ways to just keep on enjoying the profession and the work. Other people tell me that things are going to change.

My dad has children by four different mothers.

I love doing interviews that are about work that I do, films that I make. I am not very interested in the rest. I think I have always been quite reserved and a bit frightened of that whole thing.

Jessica Simpson Wiki, Bio, Age, Net Worth, and Other Facts