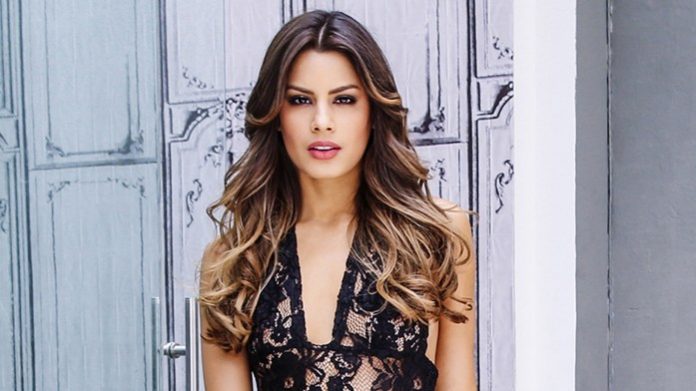 1. Ariadna Gutierrez net worth is estimated to be around $1 million

As of 2018, Ariadna Gutierrez net worth $1 million. Right after the end of the Miss Universe pageant, Gutierrez was bombarded with offers for modeling and acting. Stunned by the beauty of her looks, the world came to know Gutierrez and her fan following blew up within days. Today has garnered a following of more than 3 million on Instagram alone.

She also does paid appearances for different events that happen in night clubs. She is affiliated with many brands. Colombia being her home country which she represented in Miss Universe has shown incredible love and support for her. This is a reason why Gutierrez has been a commercial success as a personal brand there.

She is multilingual. She speaks her mother language Spanish, English as well as German. She apparently picked the latter one when she moved to Barranquilla and attended the German School of Barranquilla.

Ariadna considers Princess Diana as one of her idols. She is also a cat lover with a recent interview showing that she is even called “Cat Lady” by her close friends and family.  She won the title of 2014 Miss Columbia and this is exactly when her journey to Miss Universe had started out.

3. She was mistakenly crowned Miss Universe 2015 by Steve Harvey.

One of the highlights of the year was when Steve Harvey mistakenly declared Ariadna Gutierrez as the winner of Miss Universe. Actually, she was the 1st runner-up in the competition and Miss Philippines Pia Wurtzbach was the actual winner.

This incident didn’t take long to go viral on the internet and the news kept circulating around the news for many days. Harvey later apologized to Gutierrez and even invited her to his show.

But, Gutierrez has reflected that it was a big injustice to her and that the producers could have handled the situation a lot better. Sadly, she has said that this set of events were very embarrassing to her. But today she can look back and appreciate her own effort as coming the 2nd position is a big achievement.

4. Gutierrez broke up with her 50 year old boyfriend

Ariadna was the center of entertainment news recently after she had started dating Gianluca Vacchi, an Italian heir and millionaire. He used to work on his family business that dealt with industrial packaging and pharmacy items.

He reportedly makes more than $7 million per year and has garnered more than 11 million followers on his Instagram showing off his luxurious life.

The couple were talked about for months as they were regularly spotted in yachts and at his fancy parties enjoying each other’s company. The two have an age gap of more than 25 years and it wasn’t surprising at all when Gutierrez declared that they had broken up. The 50 year old recently had his assets seized because of debt but Gutierrez admits that they left on good terms.

5. Vivid sent her a letter to do a pornographic film.

Right amidst the controversies with the mix-up of the Miss Universe crown, Gutierre zwas offered a million dollar deal by Steve Hirsch of Vivid Entertainment. He  said “ You will pick your partners, the type of sex you want to have and how many movies you ultimately appear in”.