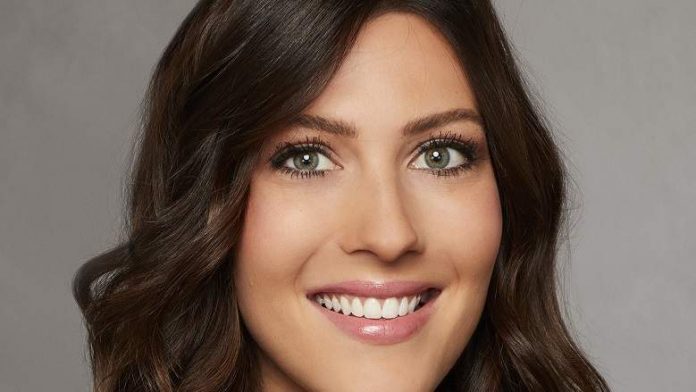 Becca Kufrin is one of the contestants on “The Bachelor Show”. Recently, she is on spotlight after Arie Luyendyk Jr. broke off his engagement with her. Instead, he proposed to Lauren Burnham and she said yes.

Born on April 3, 1990 in Prior Lake, Becca Kufrin has got both beauty and brains. In 2008, she graduated from Prior Lake High School in Minnesota. She then earned B.S. in mass communication from Minnesota State University in 2012 with 3.795 GPA. During her time at college, she got involved in Public Relations Student Society of America and the Golden Key International Honor Society.

After graduating from University, she worked as an account executive with Skyya, a technology public relations firm. Two years later in 2014, she was promoted to a senior account executive.

According to her Instagram post, she lost her father in 2009 from brain cancer. She has a sister named Emily. She is very close to her mother. Becca shares pictures of her family often on her Instagram account.

3. She is active on Politics.

Becca Kufrin is also quiet active on politics. She participated in 2017’s Women’s March in Minnesota with a sign “Keep your politics away from my lady bits”. She also posted picture of herself voting for Hillary Clinton in 2016 election.

She is a goodhearted girl. She has volunteered and interned for the Cystic Fibrosis Foundation in Minnesota in 2012. When she gets free, she posts adorable pictures of her dog corgi and a cat on her Instagram profile. Corgi Max even has his own Instagram account.

She also loves tattoos and has three: one on her hand, wrist and another on her right food. She loves to watch movies on her spare time and her favorite movies are Sister Act 2, Gladiator, Pitch Perfect. In-addition to that, she can’t live without her face cream, lip balm, bobby pins, popcorn or stamps.

5. Arie Luyendyk Jr. broke off his engagement with Becca Kufrin

In 22nd season of Bachelor finale, Arie Luyendyk Jr. broke off his engagement with Becca Kufrin and then proposed to Lauren Burnham. After a while, Lauren Burnham said yes.

Despite the heartbreak situation, Kuffrin has no ill feeling towards him. She said:

“I wish he hadn’t proposed. At that point I loved him and I wanted to be with him. Even if on that last day, he said, ‘I’m still uncertain, this is a big move, I don’t want to get down on one knee unless I’m 1000 percent sure, but I still want to be with you,’ I would have been fine with that. I would have been like, ‘I love you, I still want to be with you.’ I even asked him a couple times if he felt like he was certain like that was the right move at that point and every time he said, ‘I’m happy with the decision and I feel confident in us”.

She added: “I’m still going to feel a sense of compassion for him because I did love him but at this point, I want him to be happy, I want to be done and not have to worry about them anymore.”

Diane Kruger Wiki, Bio, Age, Net Worth, and Other Facts

Kate Winslet Wiki, Bio, Age, Net Worth, and Other Facts

David Chang Net Worth: 5 Interesting Facts You Should Know

Jane Carrey Wiki, Bio, Age, Net Worth, and Other Facts