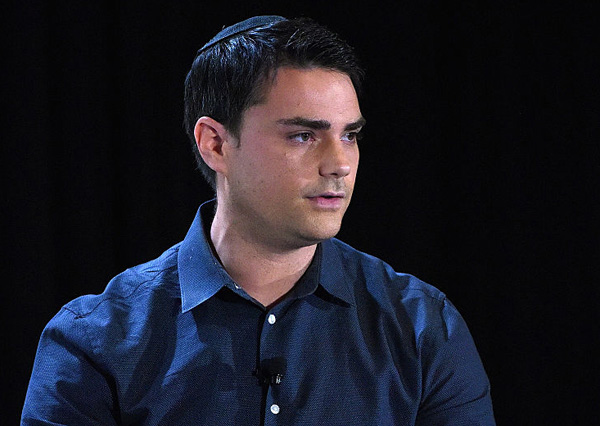 Ben Shapiro is a famous political commentator, columnist, author, radio talk show host, and lawyer. He is best known as an advocate of free speech and is very active in doing University talks and debates throughout the U.S.

His political philosophy can be best described by his famous quote “Facts don’t care about your feelings”. This notion of speech many times raises eyebrows of viewers who most often than not prioritize empathy over logic. For his accolades and the level that he has already reached in his political career, he is still very young.

Shapiro expresses his mind not only to the world in the form of being a featured speaker at many conservative events on campuses nationwide but also through books. Among the several books he has authored so far, Project President: Bad Hair and Botox on the Road to the White House might be his biggest hit.

Here are some interesting facts about the somewhat controversial fact-based political commentator:

As of 2018, Ben Shapiro Net Worth is estimated to be $500,000. After finishing his graduate studies from Harvard University in Law, he started working at Goodwin Procter practicing law. After gaining insightful knowledge on its do hows, he has eventually been able to establish and run his own independent legal consultancy firm, Benjamin Shapiro Legal Consulting, in Los Angeles providing independent legal consulting for major media clients.

He is also an avid writer and started writing professionally since he was 17. At this age, he became the youngest nationally syndicated columnist in the country. He is the co-founder and former editor-in-chief of the media watchdog group TruthRevolt.

But in the public eye, he is best known as the editor-in-chief as well as a host of his online political podcast The Ben Shapiro Show, broadcast every weekday. He founded The Daily Wire in September 15, 2015 and it has been a very big success boasting a 100 million page views per month according to Fox.

His net worth is estimated to rise tremendously in the coming years as he is developing a large follower base for his views. More than a million followers on Twitter seems to justify his rise that is growing everyday.

He was born  Benjamin Aaron Shapiro on January 15, 1984 in Los Angeles, California. His family is of Jewish descent. Shapiro was a very intelligent child and skipped 2 grades which is why he graduated high school at the age of 16 in 2000.

Throughout his career, Shapiro has made it very clear that he wants to make the general people understand about the left-wing agenda that seems to penetrate the minds of every individual. He made this very clear with his book  Primetime Propaganda: The True Hollywood Story of How the Left Took Over Your TV.

4.He is a huge baseball fan

Shapiro married Mor Toledano in 2008. She is an Israeli citizen of Moroccan descent and practice Orthodox  Judaism.He also has two children with her, a son and a daughter. In terms of personal interest, Shapiro has made it very clear through his social media activities that he is a big fan of baseball and his team is the Chicago White Sox.

5.He has been a target of Anti-Semitism

Shapiro has faced a lot of heat in the last year for some of his comments that some viewers defined as “hate speech”. One of these comments related to transgender rights and Shapiro was not the biggest fan of the idea of Caithlyn Jenner being the recipient of the Arthur Ashe Courage Award. This resulted in many spreading hate over him.

He also works actively to expose the anti-Israel and anti-Semitic motivations behind the Boycott, Divestment and Sanctions movement. Shapiro has also been in the center of many protests for delivering speeches for University students that are viewed around the world. Sadly, Shapiro was also a target of many Anti-Semitic views because of some of his political comments, that went on to threaten his wife and children.