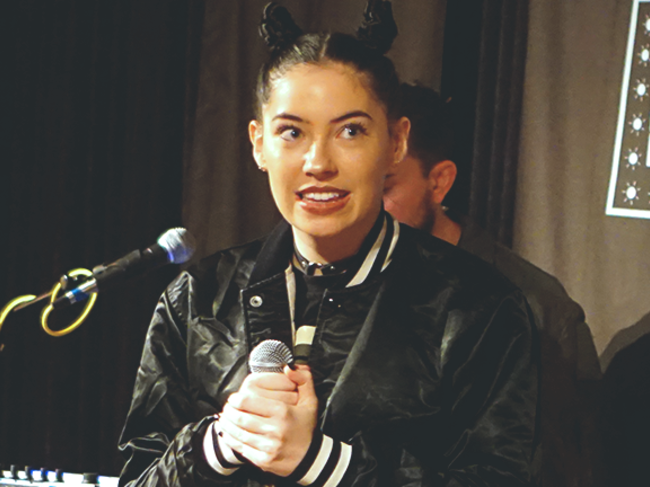 Sarah Grace McLaughlin also known by her stage name as Bishop Briggs is a Scottish singer, songwriter and musician. She is best known for her hit single “River”. As of 2018, Bishop Briggs net worth is estimated to be around $500,000.

Bishop was born on July 18, 1992 in London to Scottish Parents. She developed interest in music when she sang in public for the first time at a Tokyo bar. Inspired by Beatles, Bishop then started writing songs when she was only 7 years old. At the age of 10, she moved to Hong Kong and graduated from Hong Kong International School. She then moved to Los Angeles and went to Musician’s Institute in California.

Shortly, after moving to Los Angeles, she started to sing in a local bar for small crowds. It was in 2015 during her performance at the bar, she gained the attention of George Robertson. He hired her and helped her record her first single “Wild Horses”. At the end of 2016, the song entered the top 30 on the Billboard Alternative Songs chart and top 13 on Billboard Twitter Emerging Artist charts.

In January 2016, she released her next single “River” and the song was commercially success. After its release, the song climbed to number 1 on Hype Machine’s Popular chart and reached No. 1 on Spotify’s US Viral 50. “River” also moved into the top 3 on the Billboard Alternative Songs chart and top 10 on the Hot Rock, Rock Airplay and Twitter Emerging Artist charts.