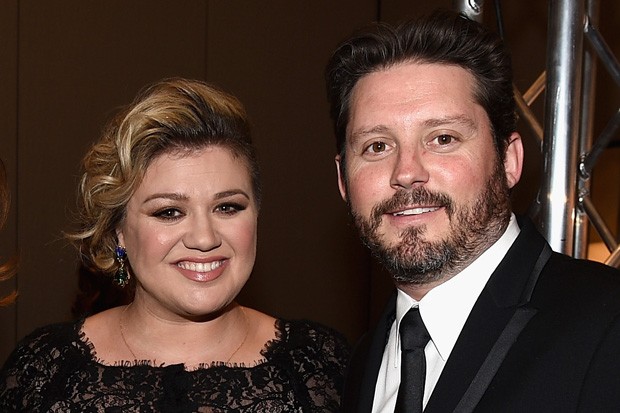 Brandon was born on December 16, 1976 in Fort Worth, Texas to Narvel Blackstock and Elisa Gayle Ritter. He has a step mother named Reba McEntire and three siblings named Shelby, Shawna Rene and Chassidy Celeste Blackstock.

Like Kelly Clarkson, he also has ties to music industry. The 41 years old music manager takes after his dad’s company Starstruck Entertainment. The company develops and manages talent including singers, songwriters, producers and recording engineers. Notable list of clients includes the likes of Blake Shelton, Cale Dodds and Maggie Rose.

Brandon is a multi-talented guy. According to Kelly Clarkson in 2012 interview with Entertainment Tonight she said: “I had a really bad day yesterday and my boyfriend is a pilot and flew in to surprise me and be with me because I was so sad. He wins Best Boyfriend Award ….hands down”. So, it’s safe to say that he is not only interested in music but is also a pilot.

Before Brandon found Kelly, he was married to Melissa Ashworth. Exact details on when they got married is not available but what we know is that they got divorced in 2012. Melissa and Brandon have two children together named Savannah and Seth Blackstock.

The same year, he started dating Kelly Clarkson. According to Kelly, they met during rehearsals for the 2006 American County Music Awards but nothing was between them that time.

On October 20, 2013 they tied the knot at Blackberry Farm in Tennessee. Upon her marriage, she became stepmother to his daughter and son from previous marriage. Brandon and Kelly gave their first child, daughter River Rose Blackstock on June 12, 2014 while their second child, a son named Remington Alexander Blackstock was born on April 12, 2016.

Even though, they have been married for several years, they are both crazy about each other. In an interview with USA Today, she revealed that her marriage with Brandon is strong than before. She said: “I was single for, like, ever. But once I found someone I fell in love with — we’ve been together four years — honestly, it still feels like the first week. We’re just still crazy about each other…and we have a great team, I know we’re going to be great parents. We were really adamant — our kids go to bed at a certain time every night, and then it’s our time.”

Jason Statham Wiki, Bio, Age, Net Worth, and Other Facts

factsfive - October 27, 2020
Jason Statham was born in Shirebrook, Derbyshire, to Eileen (Yates), a dancer, and Barry Statham, a street merchant and lounge singer. He was a...

Russell Crowe Wiki, Bio, Age, Net Worth, and Other Facts

Michelle Trachtenberg Wiki, Bio, Age, Net Worth, and Other Facts