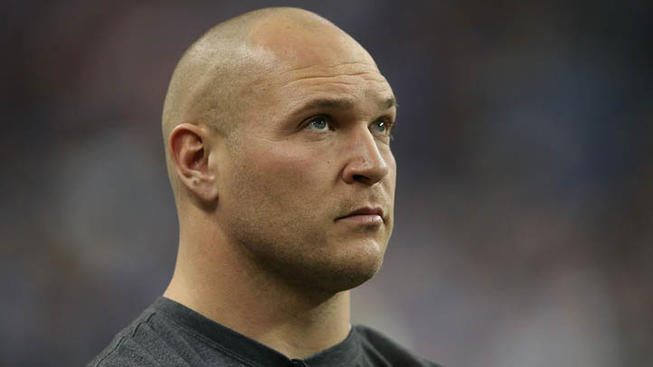 Brian Urlacher is a retired American football linebacker who played for Chicago Bears of National Football League. So, exactly how much is Brian Urlacher worth. Keep reading to find more about his net worth, salary and other interesting facts.

Brian Urlacher net worth is around $16 million

Brian Urlacher net worth is $16 million thanks to his 13 year long football career with Chicago Bears. Before his retirement, Brian bagged $7.5 million in 2012 only.

Brian Urlacher net worth compared to other stars

Brian Urlacher’s salary before his retirement

Brian was born on May 25, 1978 in Pasco, Washington to Bradley and Lavoyda Urlacher. As a child, he was very much interested in sports and used to play football, basketball and table tennis. He graduated from Lovington High School in 1996. It was in high school that he developed footballing skills as he gained experience in all running back, wide receiver, return specialist and defensive back.

Brian was selected by Chicago Bears in the ninth overall pick in 2000 NFL Draft. He quickly established himself as one of the finest defensive players in NFL. With Chicago Bears he played 182 games in 13 years and his stats are: 182 games, 1353 tackles, 41.5 sacks, 12 forced fumbles and 22 interceptions. Brian was elected to eight Pro Bowls and won the NFL Defensive Player of the Year award in 2005. After his successful career, he announced his retirement on May 22, 2013. On November 21, 2017, Urlacher was announced as one of 27 semi-finalists for the 2018 Pro Football Hall of Fame class.

He is married two times

Brian was first married to Laurie Urlacher in 2000. Together they have two daughters named Pam and Riley. However in 2004, they got separated.

Before his second marriage, he had in relationship with model and actress Jenny McCarthy. Their affair was also shortly lived after they broke up within a couple of months.

His second marriage came in 2016 to Jennipher Frost. Jennipher is a former contestant on America’s Next Top Model

According to Chicago Tribune, Brian Urlacher is being sued by Tyna Karageorge who is the mother of Urlacher’s 12 year old son for portraying her as a murderer following the 2016 death of her husband.

According to report, the suit was filed on January 12, 2018 and it claims that Urlacher conspired with his attorneys and the reporter to portray Karageorge as a bad mother, unfit and killer after the death of her husband Ryan Karageorge.