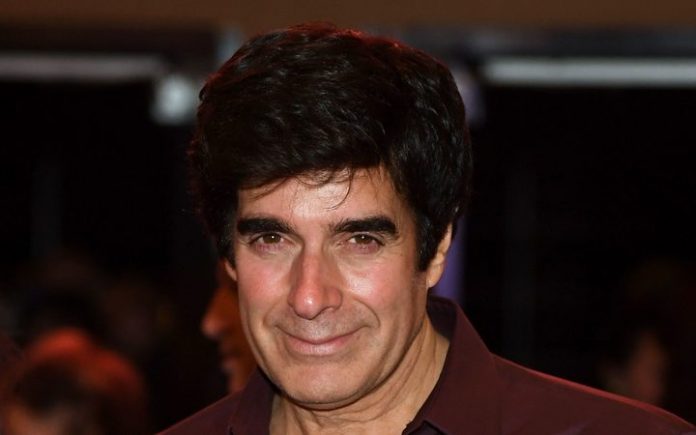 Brittney Lewis is a former model and actress who have recently accused illusionist David Copperfield of drugging and sexually assaulting her back in 1988 when she was only 17 years old. So who is Brittney Lewis actually? How did she met David Copperfield. Here are some interesting facts about her including her personal life, career and more.

Brittney was born on 1971 in Salt Lake City, Utah. She wanted to become a model from her childhood days and looked up to icons like Elle Macpherson and Paulina Porizkova.

As a model, she has modeled for several fashion brands and magazines. She has competed in several modeling competitions too. In 1988 she competed in “Look of the Year”- a contest done by Elite Model Management. She appeared on the cover of Salt Magazine in 2006.

2.She has also appeared in some movies.

As an actress, Brittney has appeared in several movies in a small role. She started her acting career in 1990 in movie Desperate Hours and Ski Patrol afterwards. The next year she was cast to play in movies Rubin & Ed and Dream Machine. In 1994, she also appeared in miniseries The Stand and one year later in 1995, she acted in TV movie Just Like Dad and drama film Unhook the Stars.

Brittney Lewis also worked as a production assistant on the comedy drama film Alpha and Omega.

3.She first met David Copperfield on a modeling contest.

Brittney Lewis said to The Wrap, she first met David after he judged her in a modeling contest “Look of the Year” in 1998 in Atami, Japan. She was selected as one of the 25 US women to compete in the competition.

She said that soon after the competition, when she returned to her home town in Utah, Copperfield invited her to one of his shows. She also said that David treated her for most of the event. He introduced to his team and at one point, he tried to hold her hand but she told him they were just friends.

4.Lewis claimed that she saw the magician putting something in her drink at the bar.

As, his performance ended, Lewis said “Copperfield invited her to the bar where she saw him pouring something into the drink. I asked, What are you doing? And he said, Oh I’m just sharing”. After few drinks, she got blacked out and has a little memory of that time saying she was in a hotel room with Copperfield and he was on top of her and kissed her.

She said “I remember my clothes being taken off. He was kissing my face and then I remember him starting to go down on my body with his face, and then, as soon as he started going down, I just completely blacked out,”

5.Copperfield completely denies the accusation made against him

Just after the news came out, Copperfield took to Twitter to post about those accusation made against him. He said:

“The #MeToo movement is crucial and long overdue.  We all want people who feel they’ve been victims of sexual misconduct to be empowered, and as a rule we should listen, so more will feel comfortable coming forward.  It’s important.” He also added “But imagine what it’s like, believing in the movement, and having also been falsely accused publicly in the past…. To have your life and family’s life turned upside down.”

Read his statement in full: