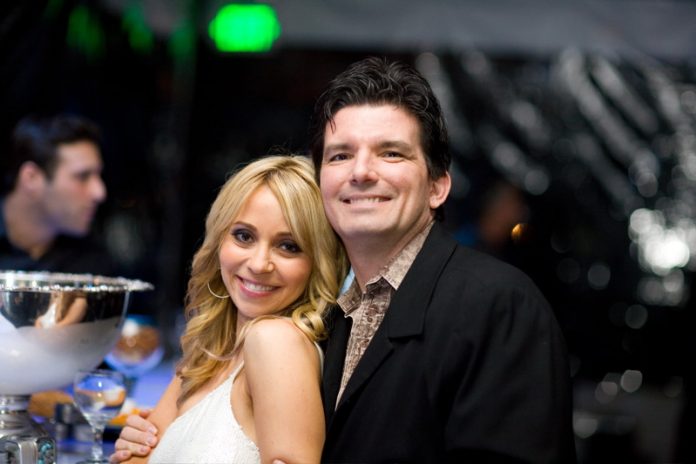 Elmer Earl Hartman, who is better known as Butch Hartman, is an American director, writer, animator, actor, and voice actor. In the last 2 years, he has also been building his personal brand on his YouTube Channel.

He is best known for being the creator of the cartoons The Fairly OddParents and Danny Phantom, two shows that have won kids’ hearts all around the world for more than 2 decades.

Here are some interesting facts about Butch Hartman:

1.Butch Hartman Net Worth is estimated to be around $50 million

As of 2018, Butch Hartman net worth is estimated to be $50 million. Being one of the chief minds of the best cartoons ever produced, Hartman has been able to make a fortune through his cartoons. He has worked for Nickelodeon who bought his cartons for an undisclosed amount. Being a creator of one of the most famous cartoons of the last 20 years, it is not surprising that Hartman has been able to benefit largely from the Billion-dollar cartoon industry.

He is considered as a legend among animation creators for his productions that seem to sway the attention of all the kids around the world. He also owns his own production company called Billionfold Inc, which he has started putting more focus on as he produces his own shows there.

2.His interest in animations started in art school

Hartman was born on January 10, 1965, in Highland Park, Michigan. He grew up in New Baltimore, Michigan and eventually graduated from Anchor Bay High School there.

Even though his real name is not Butch, throughout his childhood his nickname was Butch and it has stuck with him forever as nobody really recognizes him for his original name.

After finishing high school, Hartman went on to attend the California Institute of Arts in Valencia, California. This would be an important moment in his life as he got exposed to the art of animation and even had the chance to intern as an animator for the film An American Tail. He soon worked on his first official job as a character designer for My Little Pony.

3.He created his first masterpiece, The Fairly OddParents in 1997

After gaining experience by working on different projects as a writer and director including Dexter’s Laboratory, Johnny Bravo, I Am Weasel, and It’s Punky Brewster, Hartman would create The Fairly OddParents in late-1997.

This would be his first major success as a creator. Nickelodeon saw the huge potential in the cartoon and eventually decided to run it as a full series in 2001. He received a hefty paycheck after the affiliation with the show being head to head with SpongeBob SquarePants during that time. The show would become the second longest running animated show ever on Nickelodeon .

Hartman would go on to create Danny Phantom in 2004. Many consider this show to be Hartman’s best creation till date. The cartoon series was also very successful in preceding years.

He has also worked on two more hit shows including T.U.F.F. Puppy and Bunsen is a Beast. The latter one being his most recent show which aired on Nickelodeon in early 2017.

4.Hartman is also a YouTuber

Now that Hartman has announced that he is leaving the Nickelodeon studio, it makes sense why Hartman started to start his YouTube channel in mid-2016. His channel today has more than half a million subscribers in this short frame of time where he has branded himself spectacularly as a creator of some of the best cartoons ever made.

Hartman engages with his followers very well and also keeps them up to date about current happenings in his professional life and the animation industry as well.

He has promoted his kid safe app called the Noog Network on the channel and has also declared that he might launch a full series called Elf Detective on his channel soon.

5.He has a foundation called Hartman House

Hartman is a very religious man and believes in giving back to society by helping them in any way possible. Along with his wife, Julieann, he founded Hartman House in 2005. This is a non-profit organization which works to improve the lives of the unfortunate poverty stricken people.

The organization has been able to fund a school in Uganda, built homes in Guatemala, and even fed more than 7200 families with Thanksgiving meals in the U.S.

Jason Isaacs Wiki, Bio, Age, Net Worth, and Other Facts

factsfive - October 28, 2020
Jason Isaacs was born in Liverpool, the third of four children of Sheila and Eric Isaacs. His parents were both from Jewish families (from...

Arnold Schwarzenegger Wiki, Bio, Age, Net Worth, and Other Facts

Dorit Kemsley Net Worth: 5 Facts You Should Know

Brandon Flynn Wiki, Bio, Age, Net Worth, and Other Facts

Gina Carano Wiki, Bio, Age, Net Worth, and Other Facts

Maggie Lawson Wiki, Bio, Age, Net Worth, and Other Facts

Milo Ventimiglia Wiki, Bio, Age, Net Worth, and Other Facts