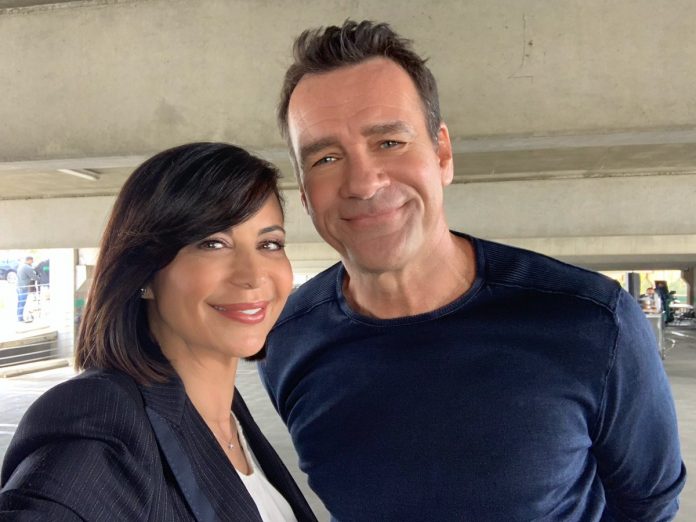 Below is a compiled list of the most interesting facts about Catherine Bell. Check it out!

Catherine was born in London, but she moved to California with her Iranian mother at the age of two. Her mother still acts as her personal assistant. As a girl, she acted in various TV advertisements. She went to UCLA to study biology/ pre-medicine, but she dropped out to become a model in Japan. She moved back into acting with a Mexican commercial for American Express, and then she followed that up by being Isabella Rossellini’s nude body double in Death Becomes Her (1992), when she also met her future husband, Adam Beason, who was the director’s Robert Zemeckis’s assistant. As of 2018, the two reside near Los Angeles with their daughter Gemma Beason and son Ronan Beason.

I’ve always been like that. I was a tomboy when I was a kid, so I was always playing baseball and basketball and football and stuff as a kid with the boys.

It’s changing a bit, but the thing in LA is everyone is either in the industry, or knows someone who is in the industry. So, they don’t let on that they recognize you, that’s what I’ve found out.

We’re just into toys, whether it’s motorcycles or race cars or computers. I’ve got the Palm Pilot right here with me, I’ve got the world’s smallest phone. Maybe it’s just because I’m still a big little kid and I just love toys, you know?

Sometimes you work all the way through to 5am, then get a few hours and you’re back on set again.

Probably right at the end of JAG, I would love to have a child or two. I ultimately want to have two kids.