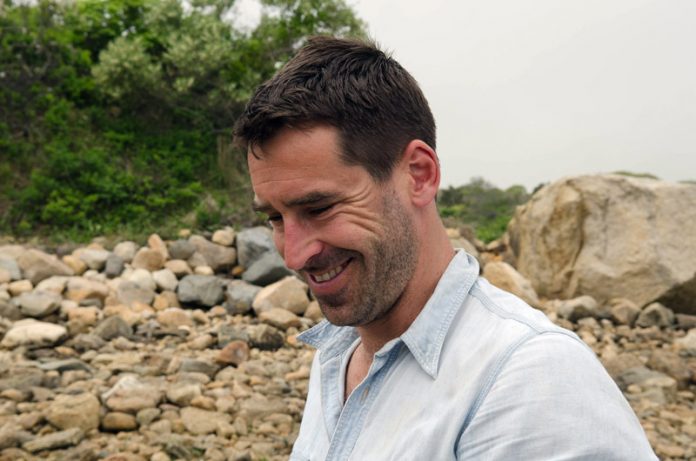 Just to know, Amy Schumer and her boyfriend Chris Fischer have only been dating for a few months but they have already tied a knot. The lovely couple wed on Tuesday Afternoon at a rented home in Malibu in front of 80 guests. So, who is Amy Schumer’s new husband Chris Fischer? Here are some facts about him.

Who is Chris Fischer?

Fischer was born on 1980 means he is currently in late 30s. He is the chef who got start at Mario Batali’s Italian restaurant Babbo. According to some sources, Chris met Batali through mutual friend Jake Gyllenhaal.

Fischer’s family owned the Beetlebung Farm in Massachusetts since 1961 and he moved to Martha’s Vineyeard to operate the 5.7 acre piece of land. He also had aspirations to expand it into a restaurant. As a professional chef, he has worked in kitchens like St. Jon Bread and Wine, New England restaurant Beach Plum and The River Café in London.

In 2015, he published a book titled “The Beetlejuice Farm Cookbook: A Year of Cooking on Martha’s Vineyard”. The book was beautifully written and he went on to win the James Beard award for the book in 2016.

Former President Barack Obama and his wife Michelle Obama also said that his Martha’s Vineyard’s Beach Plum Restaurant is one of their favorite date night spots.

So how did Fischer and Amy met?

According to sources Fischer met Amy from his sister who reportedly works as Schumer’s personal assistant. The two were first spotted together in early November 2017 and again in January. However, they confirmed their relationship after Schumer posted a picture of herself and Fischer kissing in a photo booth at Ellen’s 60th birthday party on February 11, 2018.

Just after couple months of dating, they tied the knot at a rented home in Malibu with 80 guests. Some of the high profiles name attending were Jennifer Aniston, Jake Gyllenhaal, Jennifer Lawrence, Larry David, Judd Apatow, David Spade and Chelsea Handler.

Before her meeting with Chris, Amy was in relationship with Ben Hanisch. She broke up with Ben last year.

factsfive - January 27, 2018
Rose Namajunas is an American mixed martial artist. She is known for pressuring opponents with continuous jabs and high kicks. She competes in the...