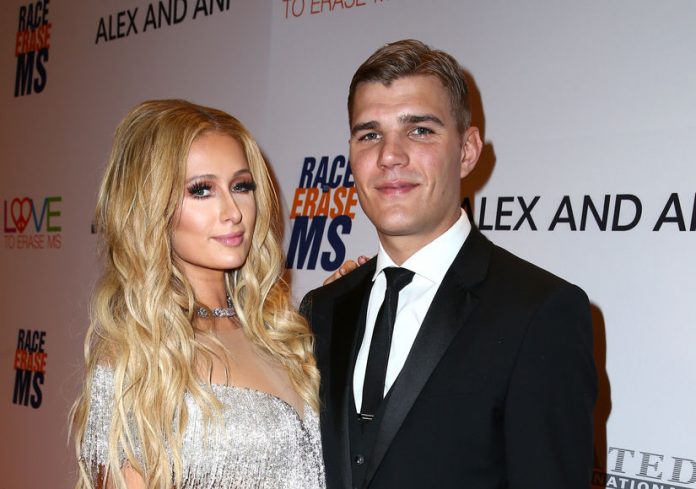 Recently, Paris Hilton announced on Twitter that she is engaged to Chris Zylka. During an ski trip last weekend to Aspen Mountain, Chris proposed with a 20 carat shaped diamond ring which is worth approx. $2 million. Chris is yet to make his breakthrough and also yet to land a major role in acting career. According to Celebritynetworth, Chris Zylka net worth is estimated around $4 million while her girlfriend Paris Hilton has amassed massive fortune worth around $300 million. Approximately, Paris Hilton is 75 times richer than her fiancé.

Here are his five facts.

Chris started his acting career as a guest star on 90210 in 2008. After that, he landed a recurring role in Everybody Hates Chris and guest appearances in shows like Hannah Montana, Cougar Town and Zeke & Luther. His longest role in television came in 2011 where he played the role of Jake Armstrong on TV series “The Secret Circle”. Apart from that, he has also appeared on several movies like Kaboom, Shark Knight, Piranha 3DD, The Amazing Spider-Man, Freaks of Nature, Bare and Dixieland.

2.His Real Name and his Early Life

Chris was born as Christopher Michael Settlemire. He was born on May 9, 1985. He is of Ukrainian descent and was raised in Ohio, United States. Chris uses his mother’s name as his stage name. He majored in art from University of Toledo but he didn’t consider acting until he had conversation with his grandfather, who had studied theater during his time.

3.Chris was Homeless once

In an interview with Out Magazine in 2012, Chris told that he was homeless until his manager Jon Simmons discovered him while he was working in a restaurant. Chris said “Jon Simmons was eating at the restaurant and asked me if I was an actor, I said, ‘No, I want to be, but I’ve never worked before.’ From that moment on, he trained me and developed me, and one thing led to another.”

4.He was engaged to Hanna Beth before

Chris was engaged to Hanna Beth Merjos in April 2014. Hannah was a model/designer and DVF brand ambassador. Unfortunately, things didn’t work out with them and the couple split in March 2015 after a tirade of negative comments and battle on Twitter. Before that he was also in relationship with Lucy Hale and Phoebe Tonkin.

5.His Love for Paris Hilton is magnificent

I said Yas! ?????? So happy & excited to be engaged to the love of my life. My best friend & soulmate. Perfect for me in every way. So dedicated, loyal, loving & kindhearted. I feel like the luckiest girl in the world! You are my dream come true! Thank you for showing me that fairytales do exist.?

Chris and Paris started their love affair since 2016. He first met with Hilton at an Oscar party almost eight years ago. In an interview Hilton revealed He came over to my house. We stayed up all night talking and getting to know each other. When we had our first kiss, I felt that electric feeling and I knew there was something special about him,”After 1 year and 5 month of long relationship, he proposed her girlfriend during a ski trip last weekend to Aspen Mountain. Chris went out public sharing a tattoo of her name on his forearm.

Hilton shared photos of Zylka proposing in Colorado in an Instagram saying “I said Yas! ?????? So happy & excited to be engaged to the love of my life,” wrote the bride-to-be. “My best friend & soulmate. Perfect for me in every way. So dedicated, loyal, loving & kindhearted. I feel like the luckiest girl in the world! You are my dream come true! Thank you for showing me that fairytales do exist.?