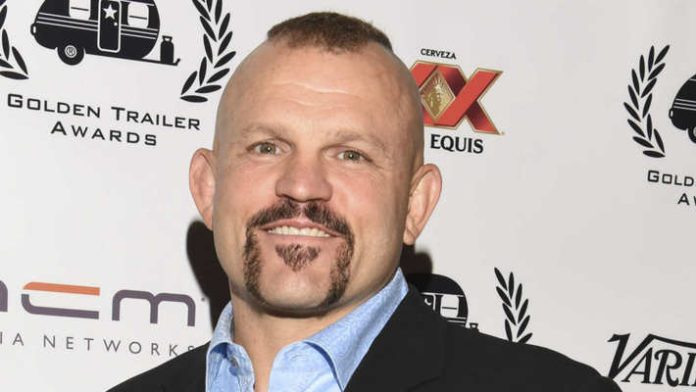 Chuck Liddell is a retired Mixed Martial Artist and actor. He is former UFC Light Heavyweight Champion. Here are some of the interesting facts about Chuck Liddell including his net worth, personal life, career and more.

1.Chuck Lidell net worth is estimated to be around $14 million.

According to Celebrity Net Worth, Chuck Lidell net worth as of 2018 is $14 million. He earned most of his money from his time at MMA. He has also appeared in many movies and TV shows contributing to his some part of his fortune. He is currently sponsored by Iceman Fight Gear- a brand designed with his input.

Chuck Liddell Net Worth compared to other fighters

Chuck Liddell was born on December 17, 1969 in Santa Barbara, California. He was raised by his mother and maternal grandfather who taught him boxing skills from a young age. He was interested in sports since his childhood days and played American football as linebacker at San Marcos High School. Chuck then became a Division I wrestler at California Polytechnic State University while he graduated with Bachelor of Arts in Business/Accounting in 1995 from the same University.

During his amateur career, he had a record of 20 wins and 2 losses. 16 of his wins came via knockout.

Also known by the name as Ice Man, Chuck is appreciated for his impressive skills in Koei-Kan karate, kickboxing, kempo, Brazilian Jiu-Jitsu and wrestling. He made his UFC debut in 1998 with a win against Noe Hernandez.

Chuck first gained worldwide fame after he dominated the legendary Brazilian fighter Jose “Pepe” Landi-Jones. He earned a reputation of dominant fighter after winning against Kevin Randleman, Vitor Belfort, Amar Suloev, Jeff Monson, Renato Sobral and Tito Ortiz. In total of 29 matches in his MMA career, he won 21 of them with 13 coming via knockout. Chuck is also the first MMA fighter to be featured on ESPN The Magazine cover.

Liddell who is known for bringing MMA into the mainstream of American sports retired on December 29, 2010. On July 10, 2009, he was inducted into the UFC Hall of Fame.

Apart from wrestling, Chuck is also known for appearing on several movies and TV shows. He has appeared in movies like How High, Cradle 2 the Grave, Bachelor Party Vegas, Drillbit Taylor, The Ballad of G.I. Joe, Kick-Ass 2, Fight Life, War Pigs and many more.

He has also appeared on TV series and reality shows like Entourage, Punk’d, Dancing with the Stars, Blue Mountain State, Hawaii Five-0, Bones, Workaholics and Ultimate Expedition. He is also one of the contestants to be part of Celebrity Big Brother 2018.

5.He is married to Heidi Northcott