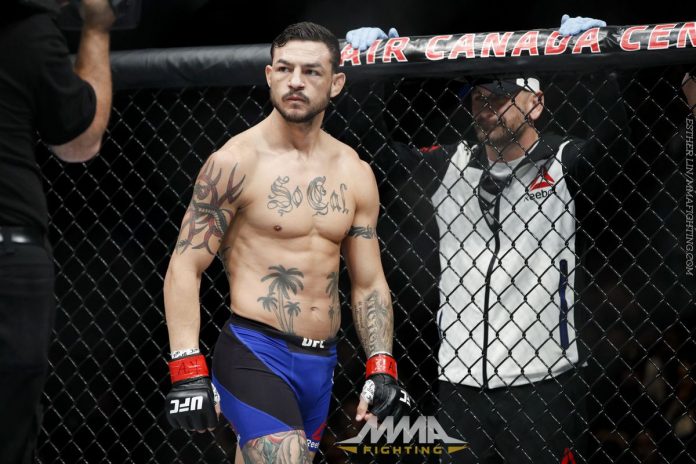 Kevin Luke Swanson professionally known as Cub Swanson is an American mixed martial artist. He is known for competing as a featherweight in the UFC. As of 2018, Cub Swanson net worth is estimated to be around $1 million.

Swanson was born on November 2, 1983 in Palm Springs, California to a Swedish-American father and a Mexican mother. His father died when he was three years old and his distant relative took care of him and his siblings. When he was 14 years old, his adoptive parents divorced and he returned to his mother. Swanson then went to Cathedral City High School.

He started his professional fighting career in 2004. His first match in MMA was against Shannon Gugerty where he lost via Rear-Naked choke and the fight lasted for only 30 seconds. In 2007, he made is WEC debut against Tommy Lee and four years later he made his UFC debut in 2011.

After that he went to win the series of fight against Ross Pearson, Charles Oliveira, Dustin Poirier, Dennis Silver and Jeremy Stephens. However, he lost his back to back fight against Frankie Edgar and Max Holloway. After that he won consecutive fight against Hacran Dias, Tatsuya Kawajiri, Doo Ho Choi and Artem Lobov. In his professional career, he has competed in 33 fights and have won 25 in process where 8 has come in knock-out.

Regarding his personal life he is married to Kenda Perez. Together they had their first child named Royal Rae Swanson on August 21, 2017.