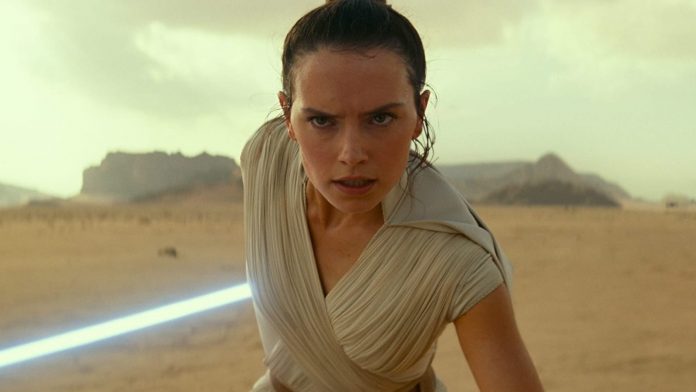 Below is a compiled list of the most interesting facts about Daisy Ridley. Check it out!

Daisy Jazz Isobel Ridley is an English actress. She is best known for her breakthrough role as “Rey” in the 2015 film, Star Wars: Episode VII – The Force Awakens (2015). Daisy was born in Westminster, London, on April 10, 1992. She is the daughter of Louise Fawkner-Corbett and Chris Ridley. Her great-uncle was Arnold Ridley, an English actor, playwright, and appointed Officer of the Order of the British Empire (OBE), who was best known for his authorship of the play, “The Ghost Train”, and his role as “Private Godfrey” in the British sitcom, Dad’s Army (1968). Daisy attended the Tring Park School for Performing Arts, located in Hertfordshire, England, where she trained in musical theater and graduated in 2010, at the age of 18. Aside from acting, her talent repertoire includes ballet, jazz dancing, Latin American, and tap. Her vocal range is mezzo-soprano, where she is notably skilled in jazz and cabaret singing. Upon graduation, Daisy was hired in a number of roles in television, film, and music. She was cast to play “Jessie” in the British comedy-drama, Youngers (2013). In 2013, she played “Fran Bedingfield” in the BBC series, Casualty (1986), and as “Charlotte” in the British comedy, Toast of London (2012). In 2014, she played opposite to Jeremy Piven as “Roxy Starlet” in the second season of the ITV series, Mr Selfridge (2013), and as “Hannah Kennedy” in two episodes of the BBC crime drama, Silent Witness (1996). She further had roles in short films, including Scrawl, 100% Beef, and Crossed Wires. She was featured in Blue Season, which was entered into the Sci-Fi-London 48-Hour Film Challenge, and Lifesaver, which was nominated for a BAFTA Award. She also appeared in Wiley’s British rap music video, Lights On. In April 2014, it was announced that Daisy was cast to play the heroine main protagonist, Rey, in Star Wars: The Force Awakens, the first film in the new trilogy of the Star Wars franchise. Since its release in December 2015, the J.J. Abrams directed movie has received critical acclaim and became the fastest movie, ever, to reach $1 billion at the box office, worldwide. In August 2015, it was announced that she would play the lead role of Taeko in the English dub of the 1991 animated film, Only Yesterday, which was released in 2016. In December 2017, Daisy reprised her role as Rey in the eighth Star Wars film, The Last Jedi, as well as the Star Wars TV show, Forces of Destiny. Ridley then played Mary Debenham in the Murder on the Orient Express. She also starred in the titular role in Ophelia, alongside Naomi Watts and Clive Owen, which was filmed in 2017 and debuted at the 2018 Sundance Film Festival. In February 2018, Daisy voiced Cottontail in the film adaptation of Beatrix Potter’s children story. In 2019, Ridley co-stars with Tom Holland in the movie, Chaos Walking, playing Viola Eade in the film adaptation of the novel done by Patrick Ness, which is currently in post-production and set for release in 2020. Daisy further reprised her role as Rey in Star Wars Episode IX: The Rise of Skywalker, which started filming in 2018 and wrapped up in early 2019. The movie was released in December 2019 and is Ridley’s final cinematic role as Rey in the franchise. Daisy is currently connected to future projects, including Christy Hall’s Daddio. She will star in The Lost Wife, which is based on the novel by Alyson Richman. She is reportedly also teaming up J.J. Abrams in a couple projects, including the remake of 2003’s Israeli TV movie, Kolma, and the film adaptation of Sonia Purnell’s, A Woman of No Importance.

I actually wanted to be a zookeeper when I was 5.

I love Felicity Jones. It was funny because I went to go see the ‘Rogue One’ set, and I was like, ‘Oh my God, I love you.’ And she’s so tiny, and elegant, and she’s just so small. Everyone’s so much smaller than they seem.

I liked ‘Star Wars,’ but I wasn’t an uberfan like many people are.

I love to come to L.A. to visit, and then I like to come to rainy old London because it’s home.

I was actually sacked from my first job. It was at a workshop for a short film this poet had written, about when she used to work in a strip club. After the first week, I was told not to come back.