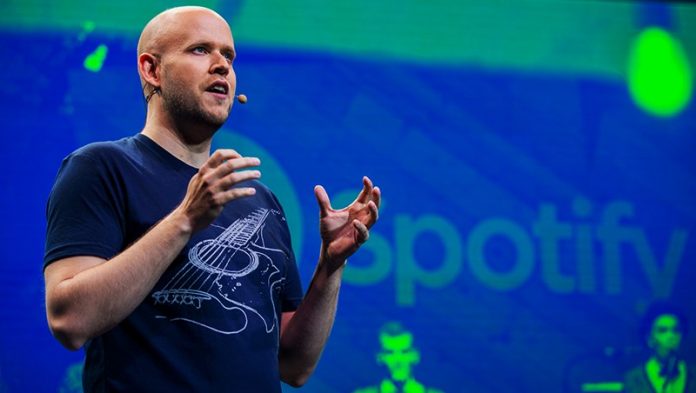 Daniel Ek is a Swedish entrepreneur who is best known as the co-founder and CEO of the popular music streaming service called Spotify. Even though Spotify has been around for quite some time, Daniel believes that the company is still very young and has a lot more to grow.

Here are some interesting facts about Daniel Ek:

Daniel Ek net worth is more that $2.5 billion. Daniel owns more than 9 percent of the music streaming company. The company has come a long way since its start as a start-up. His co-founder on the other hand is worth more than $3.1 billion after the company recently went public.

It has also become public that venture capitalists firms like Tiger Global, TCV and Tencent also have large stakes in the company. Unlike other companies, Spotify has decided to make an unusual move to go public. Rather than taking the route of holding an IPO, the company listed 91% of its shares directly into the market to be bought and sold. Hence, the amount of share’s total around 178 million.

Daniel also disclosed some interesting information on the service which showcases the growth that it has had. Today, his company has more than 71 million paying users, which has risen from the previous year’s number of 48 million.

Daniel was born on 21 February, 1983, in Rågsved, Stockholm. He has been interested in technology from a very young age. When the dot com era was at its peak, Daniel was ready with skills for the transition. He taught himself to code at the start of his teenage years and would start a business when he was only 14 years old.

The business was to design and provide hosting for companies. His business would soon gain large amount of momentum with him making as much as $5000 from a single customer. Because of the quality of the work he did and the demand that was available, he went on to start making more than $50,0000 every month. Even as a teenager he had expensive guitars and collectibles from his earned income.

3. He dropped out of college.

By the time he was 16, Daniel was already earning moer money than his father did working as a mechanic. He could have carried on making a lot of money through this business but it reached a point when it stopped becoming interesting for Daniel and he wwould soon start looking at other possibilities.

After graduating from high school, instead of continuing the business, Daniel decided that he wanted to get enrolled in the Royal Institute of Technology where his study in focus was on engineering. This would be a decision that Daniel would later go on to change as if he felt that the environment and system for learning was not up to the mark that he desired. He had multiple job offers ready from technological companies and would soon start working in a senior role for a gaming company called Stardoll.

Daniel is a rare gem who bought a classic 1957 Fender Stratocaster in his teenage years. There is no doubt that he was a special kid who had a lot of potential and a lot of great ideas.

One of these ideas was Advertigo, which was an online marketing company that he had started. This company would develop a great system which caught the eyes of a big Swedish digital marketing firm TradeDoubler. They offered to buy the company and a deal was settled for $1.25 million in 2006. He was just 23when such a massive deal was inked making him a millionaire.

5. He had initially “retired” from business.

With such a large amount of money in his bank account, Daniel decided that he would retire from working for another business. He bought a luxury apartment in Stockholm and a red Ferrari going to nightclubs frequently.

This lifestyle eventually got the hold of him and he recalled how it made him completely depressed as well. He came to the realization that others were taking advantage of him because of the money that he had and wanted to change it around. He reflected on his life and found that music and technology were the two things that he was truly passionate about. That is where Spotify comes in and Daniel has not looked back since then.