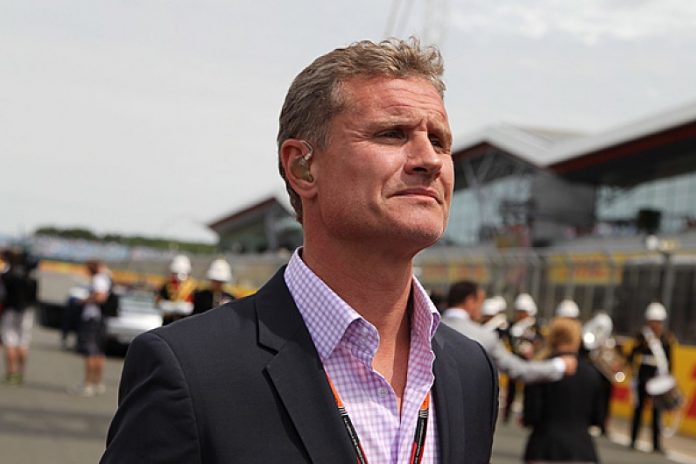 Many people have interest in sports, especially in car racing. For those who are the fan of car racing David Coulthard is a recognized name. David is a British former Formula One racing driver who is presenter, commentator, and journalist as well. He is also known as DC which is the short form of his name. Rather than a journalist, he is best known as the racing driver who was runner-up in the 2001 Formula One World Drivers’ Championship.

Coulthard first drove in  Formula One with Williams F1 in the 1994 season. After that, he won his first Grand Prix in Portugal and he moved to  Mclaren for 1997 season.

Here are some facts about David Coulthard :

1. David Coulthard net worth is estimated to be $77 million.

As of 2018, David Coulthard net worth is around $77 million. As he is one of the popular racing drivers he had earned this amount by winning the various car race. He had won the various championship. David was the winner of five races throughout 1999 and 2000 before finishing 2nd in the Drivers’ championship to Michael Schumacher in 2001.All these races had increased his net worth to high level than other racing drivers.

Besides racing driver, he is also the journalist, commentator, and presentation. He worked on BBC as a commentator for coverage of Formula One. From this also he earns some amount of good money which had to help him to increase his net worth.

2. His family is linked to motor racing.

David Coulthard’s family is linked to motor racing as his grandfather had competed in the Monte Carlo Rally. Not only his grandfather but his father has drove karts and became Scottish National Champion. As child follows his father’s footprint, David was also interested in motorsports where Jim Clark, Alain Prost, and Nigel Mansell were his childhood heroes.

David’s father bought his first kart when he was just 11. He started his driving from karts, later motorbikes and at last, he drove cars where he made his career.

3. Coulthard is known for his driving style.

David is known for his smooth driving style. He gained the reputation of performing better at races than during qualifying sessions during his career in Formula One. During 2003, one lap qualifying was introduced, in an effort for smaller teams to gain more television exposure. David became an open vocal opponent of the format saying he didn’t like the single-lap qualifying format and not right to judge fast or not through one lap.

4. David Coulthard’s son is his everything.

As a father, David loves his son very much. His son Dayton is his everything. His son is his top priority list. No matter where he is in the world, he would come home and take him to school. He flew back from Australia to drop his son for schools and then went to Malaysia.

He also helps his wife Karen in the kitchen. When they both are at home in the evening, Karen does the cooking and he does the dishes. He loves to spend time with his family. It seems like he is very happy with his family.

David is also successful businessman who owns luxury hotels in Britain and he is a former owner of the Colunbus Hotel Monaco which is situated in Monaco’s fontvielle. He had lived for some time in Monaco, and also owns homes in London, Belgium and Switzerland.

factsfive - May 28, 2021
She was a groovy and sexy icon of the late hippie era. To millions of TV viewers she became familiar as the reformed juvenile...

Jordan Fisher Wiki, Bio, Age, Net Worth, and Other Facts

Emilia Jones Wiki, Bio, Age, Net Worth, and Other Facts

Josh Hartnett Wiki, Bio, Age, Net Worth, and Other Facts