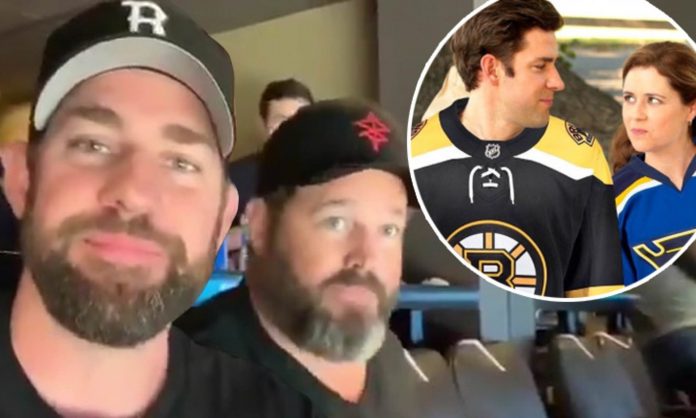 Below is a compiled list of the most interesting facts about David Denman. Check it out!

Film, TV and stage actor David Denman was born in the Orange County, California suburb of Newport Beach. Denman grew up all over Southern California and spent some time in Sequim, Washington attending 8 different schools along the way. After becoming involved in high school theatrics at Fountain Valley High School, David attended the American Conservatory Theater Summer Training Congress in San Francisco in 1991. He then went on to receive his B.F.A. degree in Drama in 1997 from the famed Juilliard School in NYC.

I just spent three years on ‘The Office.’ I made enough money that I can take five weeks out and do a play.

I do things on TV that are kitchen-sink realism, which is great, but I like the challenge of a completely new language and dramatic environment.

There’s a lot of people in the community who are seeing a play for a first time, and that, to me, is really exciting.

I went to Fountain Valley High School. I remember watching Grove Shakespeare productions here. It left a big impression on me.

I do theater as much as possible, but it’s very difficult to manage for me.