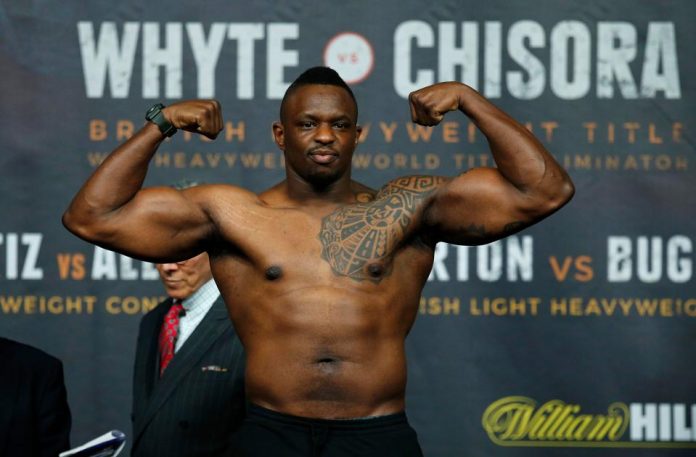 Born in Port Antonio, Portland, Jamaica, Dillian along with his family moved to United Kingdom when he was 12 years old. Professionally, he started his career as a kickboxer. He became two-time British heavyweight kickboxing champion by claiming the BIKMA Super Heavyweight British Championship title. He made his professional MMA debut on 2008 where he defeated Mark Stroud with 12 seconds into the round.

He then started his amateur boxing career in 2009. He beat Anthony Joshua by unanimous decision over three rounds in his first match. His debut professional boxing fight came on May 13, 2011 against Tayar Mehmed where he won via decision in fourth round. In 2012, Dillian was tested positive for using drug and was banned from all competitions from October 2012 to 2014.

On November 21, 2014, Dillian returned to boxing in a match against Ante Verunica. He won the match with a TKO victory. On September 14, 2015 Whyte came up against a fight with his old rival Anthony Joshua for the British heavyweight title. The match was intense and Joshua was able to landed an uppercut putting Whyte down through the ropes and knocked him out. In his professional boxing career, he has fought against 24 opponents, winning 23 of them including 17 by knockout. He has only lost once in his boxing career.