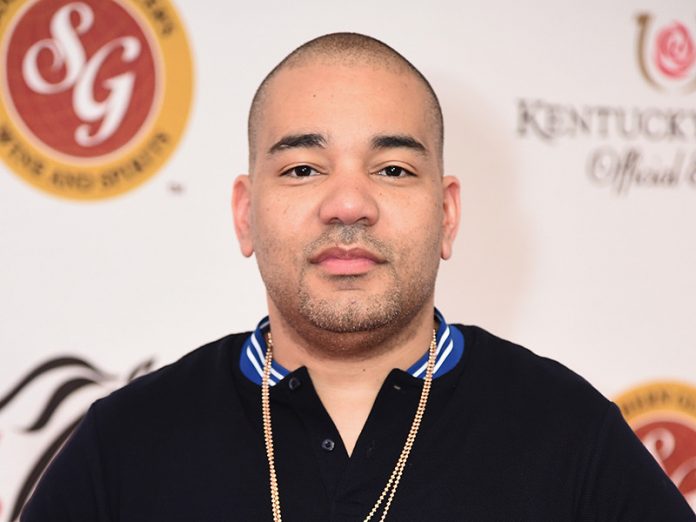 DJ Envy is an American disc jockey(DJ) who is best known for being part of the trio that hosts the popular syndicated show called “The Breakfast Club” alongside co-hosts Angela Yee and Charlamagne Tha God.

Here are some interesting facts about DJ Envy:

1. DJ Envy net worth is estimated to be $6 million.

According to Celebrity Net Worth, DJ Envy net worth is estimated to be of $6 million. He has been a part of various television shows including 106 & Park, Entourage, and Tha Corner.

He has also been featured in the film Blood of a Champion and The Raw Report of Gucci Mane documentary. Today, he has made his name as a world class DJ and a great host for radio shows.

2. His real name is Raashaun Casey.

He was born on September 3, 1977 in Queens, New York. Many don’t know but his real name is Raashaun Casey which is hardly mentioned during his shows. He grew up in the New York area that was full of energy for hip-hop and a culture that shows off his cool attitude today.

After finishing his high school studies, Casey went to Hampton University which is located in Virginia where he got a degree in business administration.

3. DJ Clue mentored him in his early days.

DJ Clue was an artist who was from the same neighbourhood as Envy. Back in the mid-1990’s DJ Clue first introduced him towards this lucrative field. Once Envy got the opportunity to show his potential, he did not disappoint.

By the early 2000’s, DJ Envy started to become a name the youth were acquainted with. He reached a high point in his career when he started working with big names including Jat-Z, 50 Cent, and even The L.O.X. Soon, he signed with Desert Storm Records and went on to release his debut album called The Desert Storm Mixtape: Blok Party, Vol. 1.

Envy had started to host radio shows starting with Hot 97’s show called “Takin’ it to the Streets”.  He then co-hosted Hot 97’s morning show with Miss Jones from 6 am-10 am daily. This was a great experience for Envy and helped him establish his name in this field.

On December 6, 2010, Envy partnered with Angela Yee and Charlamagne Tha God for a new morning show called The Breakfast Club. The show became a big hit and today has grown into a radio show that is a must-listen for hip-hop fans around the world.

5. He walked out of his own radio show during an appearance by Desus & Mero.

It isn’t the first time since DJ Envy has found himself in the midst of a controversy. Previously, a screenshot of a feud between him and an unknown man in Snapchat had made its rounds around the internet.

Most recently, DJ Envy has again found himself in an uncomfortable situation. During an appearance by Desus and Mero on his radio show The Breakfast Club, DJ Envy was in no mood for jokes.

Apparently he wanted an apology from the duo for their joke made about her wife, Gia Casey on their show called Desus & Mero. Immediately after the show started, he immediately brought the point out about the previous incident calling them “dickhead” and “pussy”.

The duo at first jokes and laughed it off but DJ Envy wanted an apology.

Surprisingly, after some moments he walked off the show! It created a very tense situation in the room and when asked about the incident later on by TMZ, he said that such jokes were disrespectful especially when it involved his wife and kids. He has been with his wife since high school and married in 2001.

factsfive - January 19, 2018
Alex Blue Davis is an American actor who is known for his role as Casey Parker in 14th season of Grey's Anatomy. Here are...

Jenna Dewan Wiki, Bio, Age, Net Worth, and Other Facts

Laura Cuenca Wiki: Interesting Facts To Know About Her

Adrianne Palicki Wiki, Bio, Age, Net Worth, and Other Facts

Samantha Logan Wiki, Bio, Age, Net Worth, and Other Facts