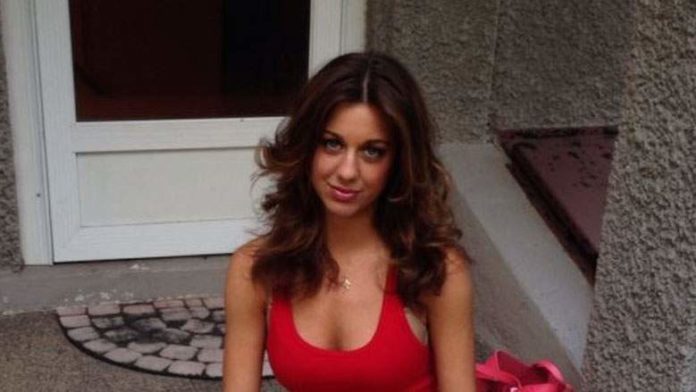 Emma DiGiovine is a journalist and producer who works as an Associate producer of “Watters’ World”, a fox news show hosted by Jesse Watters.

Born and raised in Cranford, New Jersey, Emma had an interest in sports like softball, field hockey, soccer during her childhood days. She took ballet lessons at Manhattan studio and performed at the Metropolitan Opera House with the American Ballet Theatre.

She went to Academy of Saint Elizabeth and then graduated with a degree in journalism in 2014. During her time there, she was the director of marketing for the Fairfield University Student Association. For some period of time, she also worked as a model. From 2012 to 2014, she worked for MSA Models. She wore fit garments for brands like Tommy Hilfiger and Macy’s.

DiGiovine started working for Fox News as John Stossel’s personal assistant in 2015. Prior to that, she was an intern at Showtime where she worked as an assistant to the vice president of corporate affairs and vice president of entertainment. In June 2016, she became an associate producer for Jesse Watters’ “Watters’ World”.

According to several media outlets, Jesse Watters and his wife of nine years, Noelle Inguagiato were getting to a divorce after his affair with Emma DiGiovine.

The Fox News star also told his bosses about his affair shortly after Noelle filed for divorce in October. After that, Emma was transferred to work for The Ingraham Angle but she and Watters continued to date.

A Fox News spokesperson told: “Within 24 hours of Jesse Watters voluntarily reporting to the Chief of Human Resources in November 2017 that he was in a consensual relationship with a woman on his staff, management met with both parties and a decision was made for the woman to be transferred to work on another program on the network where she currently remains”

Watters married Noelle Inguagiato in 2009 and the couple has a twin daughters together.

Alexander Dreymon Wiki, Bio, Age, Net Worth, and Other Facts

factsfive - October 27, 2020
Alexander Dreymon was born February 7, 1983 in Germany and grew up in France, Switzerland and the United States. He studied in Paris and...

Elisabeth Moss Wiki, Bio, Age, Net Worth, and Other Facts

Anna Faris Wiki, Bio, Age, Net Worth, and Other Facts

John Lithgow Wiki, Bio, Age, Net Worth, and Other Facts

Uma Thurman Wiki, Bio, Age, Net Worth, and Other Facts