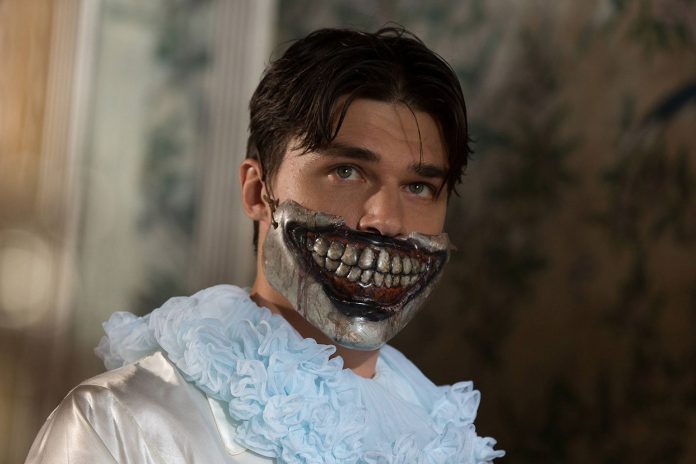 Below is a compiled list of the most interesting facts about Finn Wittrock. Check it out!

Finn Wittrock was born in Lenox, Massachusetts. Finn grew up near the stage of Shakespeare and Company, where his father worked. He moved to Los Angeles at 12 years old and attended the Los Angeles County High School for the Arts (LACHSA). After high school he took a year off and pounded the pavement as an actor, appearing in “ER,” “Cold Case,” “CSI: Miami” and the unforgettable “Halloweentown High.” He then got out of town and attended the Juilliard School, where no one saw him for 4 years. After resurfacing on the daytime soap opera “All My Children” he appeared in Tony Kushners “The Illusion” off Broadway at the Signature Theatre. Mike Nichols attended the play and asked him to audition for the role of Happy in “Death of a Salesman on Broadway.” He got the job and thereby made his Broadway debut. Mike Nichols. He returned to Broadway in 2017 with “The Glass Menagerie” starring Sally Field and directed by Sam Gold, after playing Cassio in Sam’s production of Othello at New York Theatre Workshop with Daniel Craig and David Oyellowo. He has also appeared at the Goodman Theatre opposite Diane Lane in Tennessee Williams’s “Sweet Bird of Youth”, directed by David Cromer. Recent films include “Judy,” “Semper Fi,” “The Last Black Man in San Francisco,” “If Beale Street Could Talk,” and “The Big Short.” He has been nominated for two Emmy Awards: for American Crime Story: The Assassination of Gianni Versace” as well as ” American Horror Story: Freakshow.” He has also appeared in the AHS seasons “Hotel,” “Roanoke” and “1984.” Other films included A New York Winter’s Tale (2014), Noah (2014), and Unbroken (2014). He appeared in Masters of Sex (2013) on Showtime as well as The Normal Heart (2014) on HBO. Wittrock originated the role of Damon on All My Children (1970), and has made appearances on shows such as Criminal Minds (2005), Harry’s Law (2011), CSI: Miami (2002), Cold Case (2003), and ER (1994). His screenplay The Submarine Kid (2015), which he wrote with lifelong friend Eric Bilitch, has been turned into a film.

I started writing when I started acting professionally because, with acting, there’s so much time when you’re not working, and there’s so much rejection and so little you have control of. Writing is something that you can do, and no one can tell you not to.

I think in some ways, acting and writing are the same. You’re getting inside the skin of someone else; you’re creating their language and their actions. As a writer, you have to see the whole picture and the structure, and you have to understand every character.

I’ve learned 90 percent of what I know from watching and listening to actors. A good leading actor is the rock of the show. Their energy and their tone really sets the groundwork for how everything is going to work. I’ve been lucky to deal with stars who are very giving and generous.

I would love to play Henry IV, Henry V, and Hamlet.

I’m usually late to the game on shows and watch them after they’ve aired. But I love ‘House of Cards,’ ‘The Killing,’ ‘Orange Is the New Black,’ loved ‘True Detective,’ and ‘Arrested Development’ when it was on. Also ‘The Wire,’ though I was way late to the game on that.