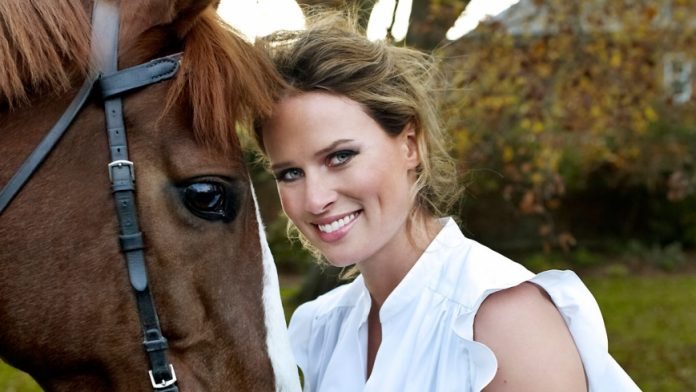 Francesca Cumani is an English Horse racing presenter who is also best known as the daughter of Italian horse trainer Luca Cumani.

Francesca Cumani was born on 1983 in Newmarket, Suffolk, United Kingdom to Luca Cumani. Her father is a horse trainer and has trained at Bedford House Stables in England since 1876. Francesca loved horses since his childhood days.

In an interview with Post Magazine she said: “I went to a little primary school in Newmarket and, on special occasions, my mum would come and pick me up on my pony, which was exciting. At home there are over 100 horses and when I woke up, looked out my window, there were horses. My brother is two years older than me and we did pony club together. My mum used to ride out every morning and still does. I used to see them all going out and was desperate to join in.”

Francesca then got her licence as an amateur jockey when she was 18 years old. She is also fluent at speaking Spanish, French, Italian and English. In-fact she learned French and Spanish at Bristol University.

After completing her language studies, she moved to Australia in 2006 with her father to run Glistening in the Melbourne Cup. She then hosted “The Winning Post” on CNN. With CNN she had to cover one big race a month in many parts of Europe including in England, Ireland, France and Germany.

After working with CNN, she was announced as part of the UK Team covering ITV’s flat racing for four years alongside Ed Chamberlin. She is now an ambassador for next January’s Magic Millions.

Besides her busy life with reporting and presenting horse events, she is happily married. She married polo-player Rob Archibald in 2014. The couple split their time between UK and Australia due to the nature of their work.

Rob Archibald was once voted as Vanity Fair’s Polo’s Hottest Horseman. Francesca and Rob together have a son named Harry