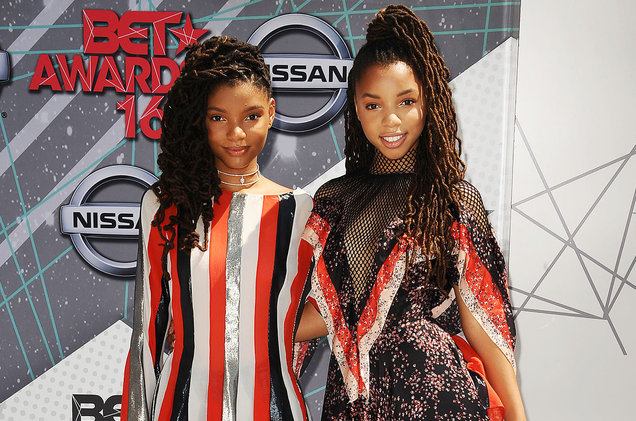 Halle Bailey is an American R&B singer who is known for being one half of the duo “Chloe x Halle”. Her sister Chloe Bailey is the other band member.

Halle was born on March 27, 2000 in Atlanta, Georgia to Doug and Courtney Bailey. She is nearly 2 years younger than her sister Chloe.

Halle along with her sister Chloe, started their musical career by uploading covers of pop songs to social media platforms like Instagram and YouTube. Their cover of song “Pretty Hurts” by Beyonce gave them a huge break. Their video was noticed by Parkwood Entertainment which made them to sign with Beyonce’s Parkwood Entertainment and supported her on the Formation World Tour.

The sisters released their debut EP “Sugar Symphony” on April 29, 2016. The same year, they made cameo appearance in Beyonce’s Lemonade visual album.

Apart from music, she has also appeared in movies and TV series. She made her screen debut in 2006 film “Last Holiday”. Her other acting credential includes appearance in TV shows like A Wrinkle in Time and Grown-ish.

factsfive - February 21, 2018
Hannibal Buress is an American stand-up comedian, actor, and television writer. He has made his name as a comedian by featuring in shows like...