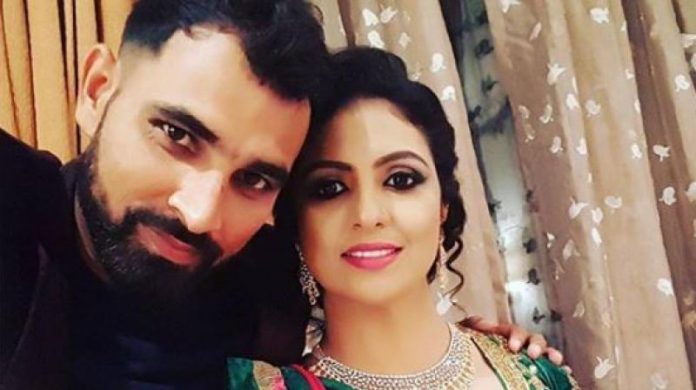 Hasin Jahan is the wife of Indian cricketer Mohammed Shami. Recently, she is on the spotlight after she accuses Shami of assault and extramarital affairs.

Hasin Jahin was born on February 19, 1992 which makes her 26 years old now. She was born on Kolkata to Mohammad Hassan. Her father is a famous businessman who runs a transportation business.

Mohammed Shami and Hasin first met during IPL season while she was modeling for a firm involved in IPL. She is a former model and is now a housewife. On 6th June 2014, Hasin and Mohammed married in Hotel Regency, Moradabad in front of famous celebrities. Together they have two kids, one son and one daughter named Aairah.

According to several media outlets, Hasin Jahan filed a complaint with the Kolkata Police claiming that he was physically assaulting and threatening her over a long period of time. She also accused her husband of having extra-marital affairs.

Hasin Jahan even shared the screenshots of text messages on social media with these women. She also posted the photos of women along with their phone numbers.

In an article published in hindustantimes, she said: “He has affairs with multiple women. Many are from other parts of India while some are residents of Pakistan and countries in Europe. He used to spend time with them in different hotels while on tour. He used to chat with them using video apps.”

“Shami is neither concerned about me nor our baby. He tortured me physically and mentally over and over again. He asked me to accept what he was doing and threatened me with dire consequences if I ever broke my silence.” She added.

Jahan also said that his family tortured her. His mother and brother used to abuse me and it continued till 2-3 am in the morning.  She alleged that Shami assaulted her after returning from South Africa tour.

Meanwhile, In response Shami took twitter to share his frustrations, he said: “What is being said about my life is completely false. It is just an attempt to defame me and my career”.