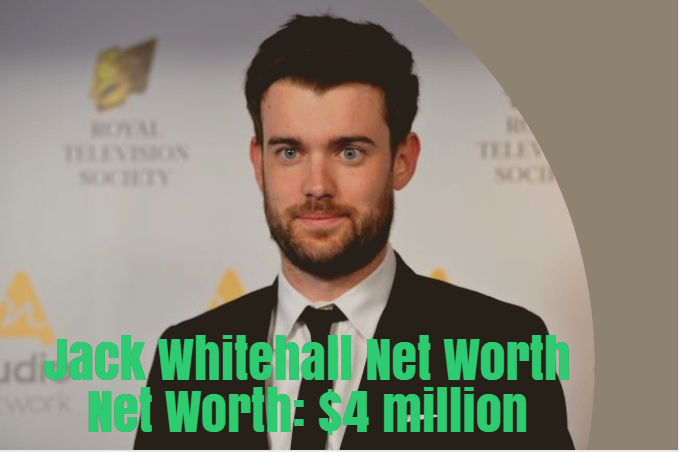 Jack Whitehall is a famous English comedian, television personality and actor best known for his stand up comedy and appearances in TV series like Fresh Meat and Bad Education. He is also known for being the regular panelist on the show “A League of Their Own”.

Jack who is set to host the 2018 Brit Awards is widely popular among the British people. Here are some of the interesting facts about him.

1.Jack Whitehall Net Worth is estimated to be $4 million.

As of 2018, Jack Whitehall net worth is estimated to be $4 million. Most of his fortune came from his time at comedy. Since 2012, he has been a regular panelist on the game show “A League of Their Own”. Apart from that, he has also collected some amount of money by appearing on movies and TV series as a guest star.

Jack Whitehall net worth compared to other comedians:

Jack was born on July 7, 1988 in Westminster, London to Hilary Amanda Jane Whitehall and Michael John Whitehall. His mother is a British actress while his father worked as an agent for some of the biggest names like Judi Dench, Colin Firth and Richard Griffiths.

He went to Tower House School where he studied alongside actor Robert Pattinson. After that he went to Dragon School in Oxford and then Marlborough College in Wiltshire. Jack then attended University of Manchester for to study History of Art.

Jack started his first acting career in 1997 appearing in series Noah’s ark but he was only 9 years old back then. His professional career started in 2009 when he hosted Celebrity Big Brother’s Big Mouth. The same year, he started performing stand-up show. In 2009, he was nominated for “Best Newcomer” at the Edinburgh Comedy Awards.

In 2010 he first appeared on James Corden’s sport show “A League of Their Own” and since then he has been the regular panelist of the show but Jack is best known for his stand-up comedy. In 2011, he was nominated by British Comedy Awards for “Best Comedy Breakthrough”. On March 12, 2011 he set a new Guinness World Records title for hosting the “Highest stand-up comedy gig in the world” on a British Airways flight.

Apart from that he has appeared in movies and TV series like Mother’s Day, Little Crackers, Rudy Hell! It’s Harry and Paul, Jesus Boy and the Goatherd, Fresh Meat, Bad Education, Backchat, The Life of Rock with Brian Pern, Drunk History, Decline and Fall, Jack Whitehall: Travels with My Father and many others.

4.He is in relationship with Gemma Chan.

Jack Whitehall is currently in relationship with Gemma Chan. For those who don’t know who Gemma Chan is? She is a British actress, television personality and former model. She is known for her roles in movies like Jack Ryan: Shadow Recruit, Belles families and The Double. Gemma and Jack first met in 2011 and since then they are together.

It was also rumored that Jack dated YouTube star Roxie Nafousi before he found Gemma Chan.

According to dailymail, Jack Whitehall is lining up to replace James Corden as the host of The Late Late Show. Jack who has been the part of the Sports Comedy series for nearly six years also left his show. According to Jack himself, ” I’m leaving because my schedule is very busy,’ he added. ‘I love doing it but I can’t do it ­for ever and I want to explore new opportunities — I would like to do more in America.’

James Corden who is the host of Late Late Show has opened his desire to return back to his home country. However, decision hasn’t been made so far. We just have to wait and see what happens.

factsfive - December 29, 2020
Perhaps best known for his chilling performance as "Candyman", the charismatic 6' 5" actor Tony Todd has consistently turned in compelling performances since his...

Max Greenfield Wiki, Bio, Age, Net Worth, and Other Facts

Peter Stormare Wiki, Bio, Age, Net Worth, and Other Facts

Ellen Pompeo Wiki, Bio, Age, Net Worth, and Other Facts

Kaya Scodelario Wiki, Bio, Age, Net Worth, and Other Facts