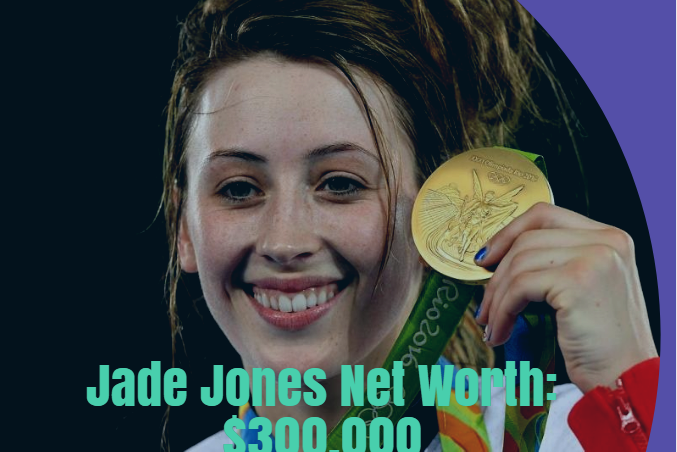 Jade Jones is a British taekwondo athlete representing Great Britain. She has made her name as a top taekwondo player among women all over the world and has backed it up with numerous accolades over the years.

Here are some interesting facts about Jade Jones:

As of 2018, Jade Jones net worth is around $300,000. Jones has had a habit of winning it big since a young age. She is a two time gold medalist for Britain in the Olympics in 2012 and 2016 which more than proves the level that she performs in.

She won the public vote for the BBC Wales Sports Personality of the Year 2012 and was made a Member of the Order of the British Empire in the 2013 New Year Honors for services to taekwondo.

These achievements have also been acknowledged by the government of her home country and she has had a lot of financial relief because of it. She also has endorsements for her fights and her cash prize winnings and other incentives from her winning show how her net worth has taken shape.

2. Jade was introduced to taekwondo by her grandfather when she was just eight-years old.

She was born on 21 March, 1993, in  Bodelwyddan , Denbighshire, Wales. Her grandfather wanted to give Jones the ability to be confident in herself through self-defence. She was thus introduced to taekwondo at the tender age of 8 years.

This start would go on to take shape as a full-fledged career as Jones became really good at it and wanted to pursue it as a career. She left Flint High School when she was only 16 years old to narrow her focus in taekwondo on a full-time basis.

3. Jones trains as much as 6 hours a day for major events.

After her big win at the Rio Olympics in 2016, she admitted that she had to train as much as 6 hours every day in order to prepare for the tournament which she describes as being “physically and mentally absorbing”. It looks like she has had that much needed break and has revitalized from it to make another great contribution for her country in the future.

4. Her nickname is “The Headhunter”

Even though most recently, she has been involved in reality television but her roots are still in taekwondo. Till today, she still has the nickname of “The Headhunter”.

She is a fearless and aggressive player when it comes to Taekwondo and always prefers to score points off of her opponent’s head rather than their body. She has used such a direct approach frequently in her matches as it helps her score more points for shots on the head.

This is frankly a risky approach as it can backfire very badly with a counter-attack but Jade has trained very hard to master such a technique. It is because of this aggressive strategy that she has had so much success in her career.

5. She was blasted on Social media for leaving a date midway in Celebs Go Dating.

Jade most recently got herself in a situation which she would rather forget. She was set to go on a date with Ben. London Hughes was also present in the date with her lover as a double-date but things ended very awkwardly on the night.

Ben was apparently hungover from the previous day and Jade took a notice of this. After having a short private talk, Jade decided to leave the date mid-way through it right for everybody to watch her.

Ben was obviously shocked by this but so were many of the show’s viewers who showed their discontent with Jade for her rude and inappropriate actions. Jade might be going a bit too out of character in the show.