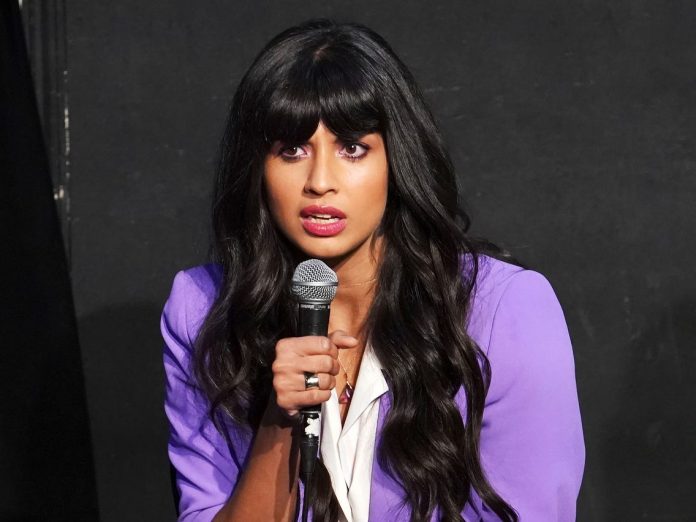 Below is a compiled list of the most interesting facts about Jameela Jamil. Check it out!

Jameela Jamil is an English born actress, writer, DJ, model and radio host. She was discovered at 22 years old when she was teaching English in London, UK. Her first job in media was a main host on T4, the UK’s leading youth entertainment show where she made a name for herself interviewing famous actors and musicians. She also became a journalist for Cosmopolitan Magazine and the Huffington Post. After 2 years she became the face of Maybelline and Nails Inc and in 2012, she released her own clothing line after much success in the fashion industry and having shot for both British and American Vogue, Glamour Magazine, Cosmopolitan Magazine and Japanese teen vogue. 2012 also saw her nominated for the PPA and BSME awards for her writing. Later that year she was recruited by BBC Radio 1, to host her own show on their network, which would lead to a promotion in 2013, where she made history as the first woman in its 60 years on air, to host the Official Chart on the esteemed radio station. With much success, including several awards for radio and a growing DJ career she stayed on at the network until 2015, when she left to pursue a writing career in the United States. After signing as a comedy writer at 3ARTS and being taken on by UTA, in spite of never having acted before, she was sent to audition for Michael Schur’s latest project on NBC, The Good Place (2016), to star opposite Ted Danson and Kristen Bell. The comedy series will air in the fall of 2016 for 13 episodes.

I was a model scout. I was never a model, but they just dropped the scout.

If you’re in the public eye, you’re constantly scrutinised. I was called too thin and then too fat when I was overweight. It’s just a shame those are the reactions people have.

Surround yourself with people and things that inspire you. Learn everything you can.

People are so passionate about their favourite artists making it to number 1, it almost reminds me of football fanaticism. Nowadays, it’s ‘One Direction’ vs ‘The Wanted.’ Back in my day, it was ‘Oasis’ vs ‘Blur’.

I essentially grew up listening to Radio 1, the chart show in particular. It was a routine, as for many young people. Every Sunday, I waited patiently to be told who was on top.