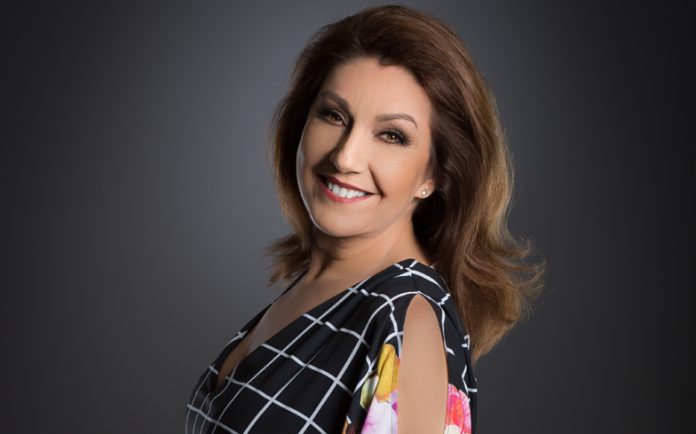 Jane McDonald  is an English actress, singer, television personality and broadcaster best known for her BBC show “The Cruise”. She is also famous for her show called “Loose Women” and “Star Treatment”.

Here are interesting facts about her:

1. Jane McDonald Net Worth is estimated to be $6 million.

As of 2018, Jane McDonald net worth is estimated to be $6 million (£4.2 million). Her massive fortune is justified by her hit albums and singles that she has produced over the years. As a musician, she has toured many places in England.

She has also collected most of her money by appearing in different movies and TV shows, broadcasting and guest appearing in various Television programme.

2. Her Early Life and Music Career

Jane was born on April 4, 1963 in Wakefield, Yorkshire. She started her career as a musician. During her early time, she toured many clubs in Northern England with her father. So, far she has released 7 albums like Jane McDonald, Inspiration and Love at the movies. Her first album titled “Jake McDonald” which was released in 1998 was a huge hit and was certified 2 times platinum. After that she went to release albums like Inspiration, Love at the Movies, You Belong to Me, Jane and Singer of Your Song. Last year, she released album titled “Hold the Covers Back” which peaked at No. 69 on the UK charts.

2018 will mark her 20 years as a professional singer and entertainer. On her special occasion, she is touring the whole UK with her show “The 20th Anniversary Tour”.

Jane’s first TV performance came in 1983 as a guest dancer on Black Lace video for single “Superman” but she is known to her fans for her show “The Cruise”. The show was massive hit and on average it was watched by 14 million viewers.

Since then she has co-presented a number of shows like Loose Women, Star Treatment and  Jane & Friends. Jane has also appeared on TV shows like Ready Steady Cook, Ant and Dec’s Saturday Night Takeaway, The Sunday Night Project, Are You Smarter Than A 10 Year Old?, Ten Mile Menu, The Xtra Factor, The Wright Stuff and many other shows.

On February 2012, she hosted a black-tie charity gala at the Theatre Royal in Wakefield. This charity event raised £33,800 for the Wakefield Hospice. The charity provides highest level of symptom management and care for people who have active, progressive and life threatening illness.

5. She is married two times.

Jane is married twice. Her first marriage came in 1986 with a guy named Paul. However their relationship ended after one year. She then married Danish Henrik Brixen in 1998 but divorced after 4 years in 2002.

She is now engaged to Walter “Eddie” Rothe who is a former drummer from the 60’s band “The Searchers”.