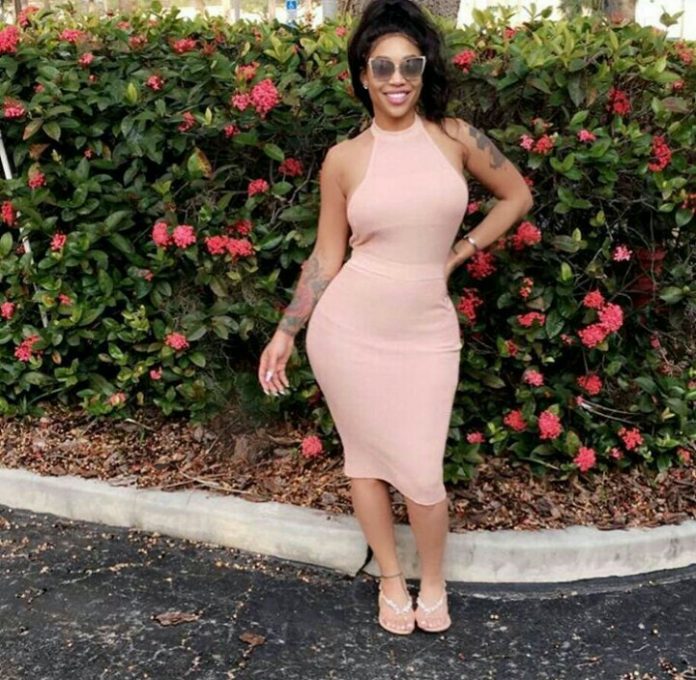 Jessica Dime also known by her stage name as Dimepiece is an American rapper, singer, dancer and model. She is best known for her appearance in reality TV series “Love & Hip Hop: Atlanta”. As of 2018, Jessica Dime net worth is estimated to be $500,000.

Jessica was born on January 27, 1986 in Memphis, Tennessee. Her mother was an English teacher, so she had an interest in reading and even wanted to write her own book one day. She followed her mother’s footsteps and completed a minor in English. After that, she went to University of Memphis but quitted after a year to go to a college of her liking. So, she went to Lemyowne-Owen College. She received a degree in business administration from there.

It was in college, she developed an interest in music. However, she started her career as a stripper in Georgia in a club named Pinups Gents club. To earn more, she went to more famous club named King of Diamonds where she earned more than $10,000 a week.

Other than stripping, she is also a model and has been seen in music videos of famous rappers and pop singers. Her dancing skills are seen in Nicki Minaj’s video “Beez in the Trap”. She has also appeared in music video for Rick Ross and Waka Flocka Flame.

Jessica is also a rapper. In 2015, she became famous for releasing a song called “Disrespectful”. However, she got her major break when she made appearance on reality TV series “Love & Hip Hop: Atlanta”. She was seen in two episodes at that time but she made her presence as a regular and continued to be a recurring member since 2017.

Apart from that, she has also been seen on TV series like K.Michelle: My Life, Hip Hop Squares, Star and many more. She is also the owner of “The Pinkpiece Collection” a range of hair extension products.

Regarding her personal life, she is very good friend with Blac Chyna who worked on the same dance club “King of Diamonds Nightclub” with Jessica. Currently, she is in relationship with famous NBA player Shawne Williams.