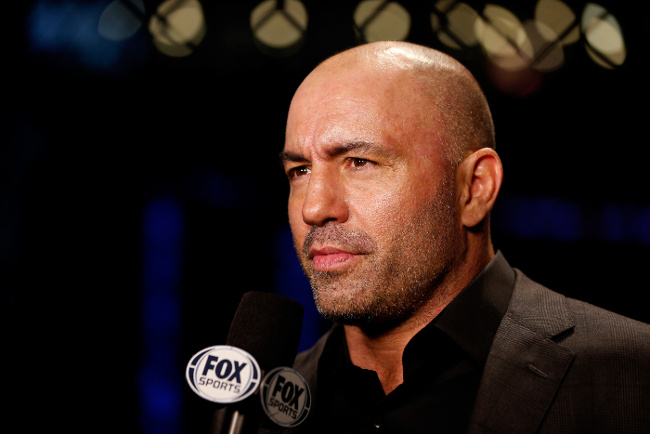 Joseph James Rogan, who is better known as Joe Rogan, is an American stand-up comedian, UFC commentator, and a podcast host. In the early days, most people started off by knowing him as the host of the popular show Fear Factor which he hosted for a number of years but today he holds a stand in many fields of the entertainment business.

Here are some interesting facts about Joe Rogan:

1. Joe Rogan net worth is estimated to be more than $25 million

As of 2018, Joe Rogan net worth is estimated to be more than $25 million. Rogan has primarily been a stand-up comedian for more than 20 years now. He is known for his stand-up comedy shows all around the US and is currently busy with his “Stranger Times Tour”.

Such shows have been one of his major sources of income as the personal brand that he has built today have resulted in sold-out crowds for his performances. He has more than 3 million followers today which he uses effectively to keep them updated about his latest projects.

2. He started his career as a comedian

Today, Joe Rogan is seen as a host in different shows but his main roots have been in comedy. One of his most recent comedy shows included Joe Rogan: Triggered, which premiered in Netflix in 2016.

In the past, he has also been a part of shows like Joes Rogan: Rocky Mountain High and Talking Monkeys in Space.

Rogan has a personal passion for Mixed-Martial Arts and was involved with the UFC way before it became the huge platform for the sport that it has turned into today.

He started with the sport at the young age of 13 and even went on to become a black-belt athlete. He also competed in several competitions including winning the Grand Championship at the age of 19. Today, he has established a name for himself as being a top commentator and post-match interviewer for the UFC.

4. His podcast, The Joe Rogan Experience is one of the most popular in the US

The podcast has grown leaps and bounds in terms of size over the last couple of years. He receives millions of hits through his videos on Youtube that he posts regularly and includes some of the biggest personalities ranging from a mix of professions.

The podcast has also helped him gather an incredibly large fan base and has helped him to market his personal brand as a stand-up comedian immensely. Not to forget, it is also a big source of income for him as there are many ad placements and sponsorships for his podcast.

5. He is in support of drugs like cannabis and mushrooms

The Joe Rogan Experience is the platform that enables Rogan to express the things that he stands for and believes in. He is quick to advocate for what he thinks should occur.

He has made it very clear that he is in favor of legalizing drugs like cannabis and mushrooms. If anyone has listened to his podcasts, he gives many valid points that definitely showcase the positive impacts that they might have.

Two of his reasons for support include recreational use and medical use of these drugs. He has even featured in a marijuana documentary called “The Union” and is rumored to have an isolation tank that naturally produces DMT.