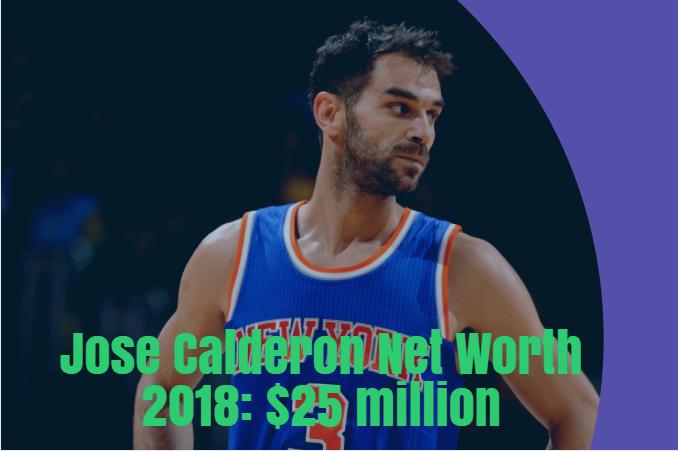 Jose Calderon is a Spanish professional basketball player currently associated with the Cleveland Cavaliers of the National Basketball Association. The veteran has had a successful career both for the NBA as well as by representing his home country Spain.

Here are some interesting facts about Jose Calderon:

1.Jose Calderon Net Worth is estimated to be $25 million

As of 2018, Jose Calderon net worth is estimated to be $25 million. Calderon, who has spent the majority of his professional career playing for top NBA boasts a very impressive bank account. This is not a surprise as the multi-billion dollar league rewards its top performers accordingly. His peak years provided a lot of value in the team’s results which led to him signing many multi-million dollar deals.

Such lucrative deals during the life span of his career have today helped him amass such a large fortune. It seems that Calderon still has some good years ahead of him where he can provide more added value from his contributions. Along with his wife, Ana Hurtado, they co-own an organic pig farm and introduced a son named Manuel to the world in 2010.

Jose Calderon net worth compared to other basketball players:

2.His career started in the Spanish First Division

Calderon was born on September 28, 1981, in Villanueva de la Serena, Spain. He was raised with the game of basketball surrounding his childhood. His father was also a basketball player and frequently played together with him. As he grew up, his skills became more and more advanced.

After winning a junior team championship, Calderon decided to pursue basketball as a career fulltime and began intensive training.

He started off by competing in the Spanish First Division which is called ACB. His performances there were impressive and he soon landed a role in the Spanish national team in 2002.

3.Calderon spent the majority of his career for Toronto Raptors

Toronto Raptors were very interested in his service and they eventually struck a deal to bring the guard in the franchise in 2005. He has been a consistent player for the franchise and has helped them to bring great results for a number of years.

He’s performances improved dramatically as he got more acquainted with the pace of the NBA.  His contract was set to run out in 2008 but looking at the value that Calderon was providing, the Raptors agreed to renew his contract on a multi- year deal that was worth around $8.5 million. Such a number was massive during those days.

4.He holds Raptor’s all-time franchise record for most career assists.

During his stint at the Toronto Raptor’s, Calderon made a name for himself for his assists. Till today, he holds Raptor’s all-time franchise record for most career assists. This is a very impressive feat that has been accomplished as an accumulation of years of dedication.

He consistently made it in the top 5 for most assists per game during this time there. Calderon was associated with the Right to Play Athlete Ambassador program. He once even donated $14,000 for the program that helps the poorer youths of the world pledging $1000 for every assist he made.

5.He has earned two gold medals for Spain in the International arena. 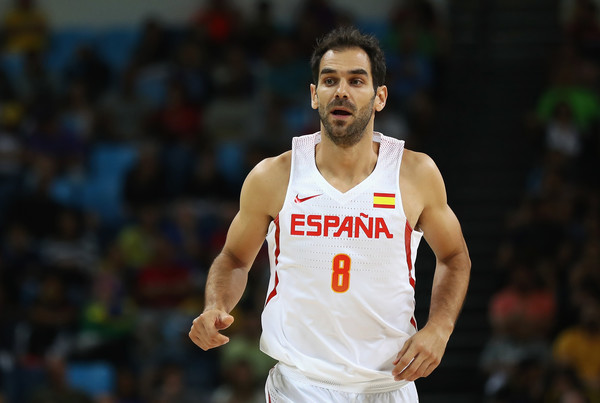 Calderon left the Raptors in 2013 to sign for the Detroit Pistons. Today he has switched teams multiple number of times over the years and is currently a senior player for the Cleveland Cavaliers.

Calderon has also contributed massively to the Spain national team, enjoying success in the international scene. It all started in his youth when he won gold at the 1998 FIBA Europe Under-18 Championship. He captained the 2004 Summer Olympics team. Two years later they would win the 2006 FIBA World Championship.

He went on to win silver medal in the 2008 Summer Olympics and the 2012 Summer Olympics. Over the years, he has become a mentor like figure for the squad passing his wisdom over to the new group of youths who are representing Spain today. He was named in the 2016 Summer Olympics but had limited performances.

Considering his growing age, Calderon decided to retire from international basketball after the event and has narrowed his focus towards giving some more valuable years for his career at the NBA with the Cleveland Cavaliers.