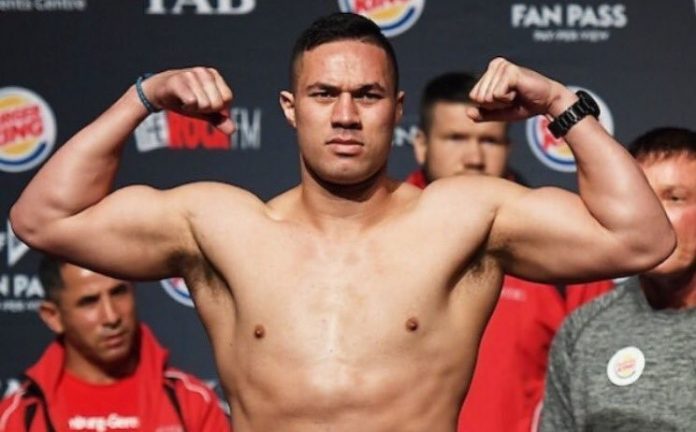 Joseph Parker is a New Zealand professional boxer and is currently the WBO heavyweight champion. As of 2018, Joseph Parker net worth is estimated to be around $2.5 million.

Parker was born on January 9, 1992 in South Auckland, New Zealand to Dempsey and Sala Parker. He attended Marcellin College in Auckland where he seriously developed interest in becoming a boxer. When he was three years old, his father used to bring necessary boxing accessories and toys for him and his siblings. Parker is the middle child; he has one sister named Elizabeth and one younger brother named John who is also a boxer.

He started boxing in his youth and began boxing internationally at sixteen years of age. His first tournament was at the Commonwealth Boxing Championships in 2010 where he won silver medal. He then made name for himself as one of the top boxers after winning amateur heavyweight title in 2010 and 2011. Parker also competed in 2010 Commonwealth Games in India but missed out earning a medal. Next year, he won his first gold medal in Australia at Arafura Games.

Parker then made his professional debut in July 5, 2012 against Dean Garmonsway. He won the match by technical knockout midway through the second round. He then went to win string of matches against boxers like Richard Tutaki, Francois Botha, Brian Minto, Sherman Williams, Bowie Tupou and Kali Meehan.

On December 10, 2016 he faced against Andy Ruiz for WBO heavyweight title. With that win, he became the first heavyweight boxer from the New Zealand to win a major world championship. In his professional boxing career, he has 24 matches so far and hasn’t lost a single match. He has won 18 matches via knock out. Parker is now set to face Anthony Joshua in a highly anticipated match.

Regarding his personal life, he isn’t married yet. He has been in a long-term relationship with high school girlfriend Laine Tavita. They welcomed a daughter named Elizabeth Ah-Sue Sala Parker in November 2016.

Christina Model Wiki, Bio, Age, Net Worth, and Other Facts

Téa Leoni Wiki, Bio, Age, Net Worth, and Other Facts

Tessa Thompson Wiki, Bio, Age, Net Worth, and Other Facts

Laura Cuenca Wiki: Interesting Facts To Know About Her

Robert Ri’chard Wiki, Bio, Age, Net Worth, and Other Facts