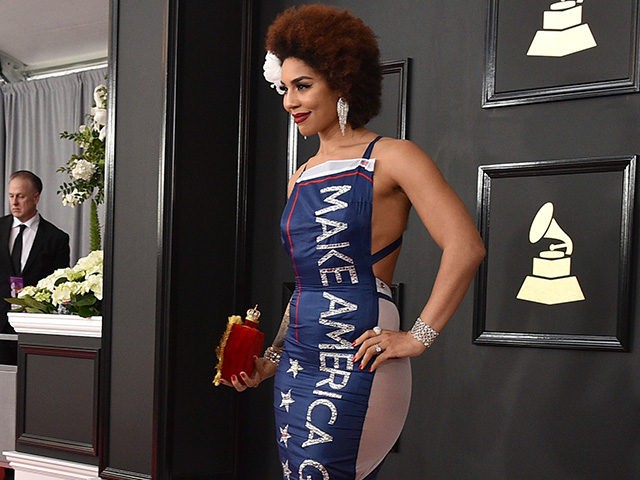 Joy Angela Villa who is also known as Princess Joy Villa is an American singer, songwriter and political commentator. Recently, she has been in news after she filed sexual assault complaint against former Trump Campaign manager Corey Lewandowski. How Rich is she actually, what are her sources of income. Keep reading to find more on Joy Villa net worth and her details on personal life and career.

1.Joy Villa net worth is estimated  to be above $3 million.

When you search Joy Villa net worth on Internet, one website lists her net worth to be $3 million with an annual salary of $620,000. Considering she has been active in Entertainment career since 2001, we are also pretty sure that her net worth is around 3 million dollars.  Her income sources are mainly from her album sales. Her EP titled “I Make the Static” which was released in 2014 sold more than 29,000 copies in United States only. She has also worked as an actress and producers. Her roles are mainly a small one including her appearance in Heroes season 4 episode “Orientation”, on CSI: New York and MTV Next.

Joy Villa is known for her outfits which she has won to the Grammy Awards. In 2015, she grabbed attention by wearing a see-through dress made entirely out of orange construction-fencing material. The next year at same venue, she wore a similar see-through dress mostly consisting of fabric spikes. Her dress was named as one of its “Most Outrageous Looks from tee 2016 Awards”.

In 2017, she wore a blue dress where it had written Donald Trump campaign slogan “Make America Great Again” and the name “Trump”. Following that dress, her EP “I make the Static” got huge hit and ranked number 1 on Amazon and iTunes in U.S. the album also peaked on several country charts including Canada, UK, Australia and Brazil. The EP also peaked at number 2 on Digital Albums chart and No. 6 on Top Album Sales Chart.

Joy Villa is a firm supporter of Republican Party and Donald Trump. She was also serious about running for Congress once. Appearing on Fox & Friends, Villa said that she is considering Florida, California or New York as states to represent. She also stated via Twitter saying she is against Abortion, supportive of Second Amendment, in favor of tax reform and against illegal immigration. She also added “If I run, I’m going to win”. In-fact President Trump tweeted her comments saying “Good Luck to Joy Villa on her decision to enter the wonderful world of Politics. She has many fans!”.

Good luck to @Joy_Villa on her decision to enter the wonderful world of politics. She has many fans!

4.She is married to Thorsten Overgaard

Joy Villa is married to Thorsten Overgaard. They got married on December 2016. Thorsten is a Danish writer and photographer who shares ideas on photography and documentary photography. From 1983 to 1985, Thorsten was cultural editor of magazine called “Blitz”. In 1985, he co-founded the advertising agency A-Z Reklame. Thorsten focused on photography from 2006 onwards. He has taken pictures of famous celebrities like Kelly Preston, Juliette Lewis, Seal, Anne Archer, Hans Blix, Bill Clinton and Danish Royal Family. Most of his photography can be seen on his Instagram account where he has over 15.2K followers. He has also written some e-books like Finding the Magic of Light, A Little Book on Photography, The Freedom of Photographic Expression, and Composition Photography.

Here’s the photo of @CLewandowski_ seconds before he slapped my ass, I told him to stop, and then he did it again. I was shocked and embarrassed by his behavior. https://t.co/61EYvOG4e9 pic.twitter.com/a8NgLnvCEZ

On December 27, 2017, Joy Villa filed a sexual assault claim against Donald Trump’s former campaign manager Corey Lewandowski. According to her, Lewandowski hit her twice on the backside during an event in Washington last month. She said he hit her once on the buttocks, and when she asked him to stop and joked about reporting him for sexual assault, he did it again. She said he laughed, adding “I work in the private sector”.

Villa also said “I’m wearing this silver suit and stretchy pants, and after the photo, he smacks my ass really hard, It was completely demeaning and shocking”. In response Corey Lewandowski spoke to Fox News’ Charles Payne, who has himself been accused of sexual misconduct. Lewandowski said ” I’m not here to speak for Joy, What I am going to do is to let the process play forward just as you did when you were accused of sexual harassment in your own case.”

Zack Snyder Wiki, Bio, Age, Net Worth, and Other Facts

Lou Adler Net Worth: 5 Interesting Facts You Should Know

Danielle Harris Wiki, Bio, Age, Net Worth, and Other Facts

Jesse Eisenberg Wiki, Bio, Age, Net Worth, and Other Facts

Jeremy Sumpter Wiki, Bio, Age, Net Worth, and Other Facts

Jessica Simpson Wiki, Bio, Age, Net Worth, and Other Facts