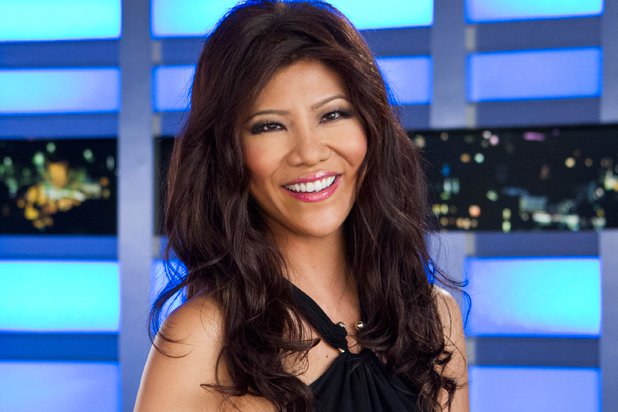 Julie Suzanne Chen is an American television personality and news anchor for CBS. She is best known for being the host of the Big Brother since its inception. She is also involved in other CBS shows like The Talk and The Early Show.

Here are some interesting facts about Julie Chen:

1. Julie Chen net worth is estimated to be $16 million.

According to Celebrity Net Worth, Julie Chen net worth is $16 million. The majority of her income has come from being a part of the CBS reality-television program Big Brother as its host. She was there from the very start and has still maintained her loyalty towards the show.

She has had a great relationship with CBS. Her enthusiastic presentation has also helped her to land lucrative contracts for her service in the shows The Talk and The Early Show, these air on CBS as well. She was part of the latter one for more than 8 years. She has also done guest appearances including playing a US-Ambassador in an episode for NCIS: Los Angeles.

2. She is from Chinese descent

Julie Chen was born on January 6, 1970, in Queens, New York City. She was raised in the United States but her family tree spans mostly from China. This is easily noticed from her eyes and her last name.

Her  grandfather started as a very poor man in the Fuijan province in China but gained wealth by being the owner of several groceries. She even speaks Mandarin Chinese though not fully fluent in it. She also states that she is a devoted yogini.

3. She started as an intern for CBS Morning News.

After finishing her schooling from Junior High School in Queens and later from St. Francis Preparatory School in 1987, she went on to attend the University of Southern California. She majored in broadcast journalism here and would go on to graduate in 1991.

Whilst still in college, she became an intern at CBS Morning News along with Andy Cohen.  She initially started helping the crew by answering phone calls and copying faxes for distribution. She went on to work for ABC News One after this as a desk assistant.

4. Whilst a host of Big Brother, she earned the nickname “Chenbot”.

Even though, Chen is mostly praised as a host for her presentations, she has also been in the spectrum of criticism from the media as the Big Brother started gaining mass attention.

Being the host of such a high-magnitude, the audience started realizing the most little of things about her. She thus gained the nickname of “Chenbot” because of her heavily scripted engagement with the audience in the studio. Later, she admitted that her motive was to be as objective as possible in the show.

She seems to have accepted this name as in one of the segments of The Early Show, she even proudly announced herself sating “I am the Chenbot!”.

5. She began dating Leslie Moonves when he was still married.

Leslie Moonves is the president and CEO of CBS Television. They actually began dating whilst Moonves was still married to his wife at the time, Nancy Wiesenfeld Moonves. The two eventually spilt the very next year even though the all the settlements would take an additional two years regarding the split for finances.

But, Chen and Moonves would develop a very close relationship together and got married on December 23, 2004 in a private ceremony. The two have been together since then and even have a son together named Charlie Moonves.

But Moonves is very professional when it comes to business and even though she is his wife, he cut her salary for Celebrity Big Brother as the maths didn’t match her high service charge. Still, the two are an adorable couple who are killing it together through their tag-team for CBS television.