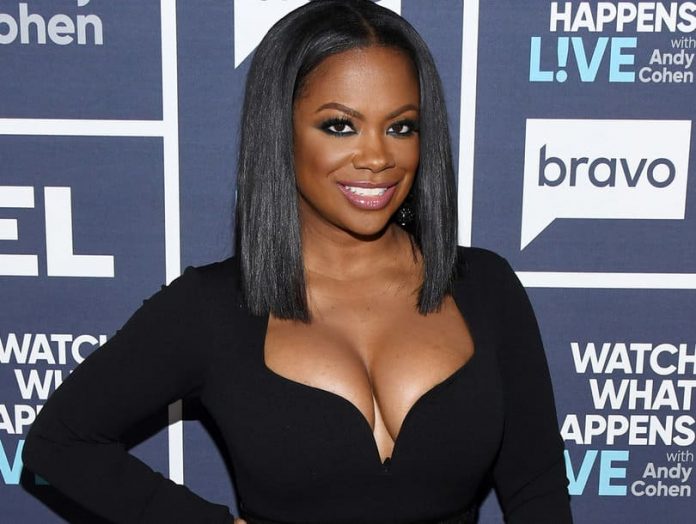 Kandi Burruss name is popular among people who love music. Gorgeous Kandi is an American singer, television personality, actress, and businesswoman. She is best known for her work as a lead vocalist of the group Xscape from where is gained fame in 1992. She had made her name in the field of American entertainment industry.

At present, she is working on a Bravo reality television series The Real Housewives of Atlanta. She has won a Grammy Award for Best R&B song for writing contributions on the TLC hit No Scrubs. She was also the first African- American woman to win the American Society of Composers, Authors and publishers’ songwriter of the Year award in 2000.

Here are some facts about Kandi Burruss :

1. Kandi Burruss net worth estimated to be $35 million.

As of 2018, Kandi Burruss net worth is around $35 million. She has earned all this money from her hard work and dedication of many years towards music. She had contributed some of the best hit songs which are the result of her passion for music.

Kandi Burruss earns her net worth mainly as a former member of the band Xscape. This band is the starting point of her career. She also earns through songwriting and records producing. She also gets some good amount of salary from the reality shows The Real Housewives of Atlanta.

Beautiful singer Kandi Burruss released her first solo album in the year 2000. The title of her first ever album was “Hey Kandi” in which her singles “Don’t think I’m Not”, “Cheatin on me” were included. Kevin “She’kspere” Briggs was co-producer of the album and it ranked 32 on the U.S. Billboard Top R&B and Hip Hop albums chart.

3. Kandi Burruss had written many songs for many artists.

Writing songs is like passion for her. She has written songs for various singers including biggest stars like Alicia Keys, Mariah Carey, Usher, Whitney Houston and many more. Not only this she is the executive producer and had rewritten song “Tardy for the Party “ for Kim Zolciak.

4. The Real Housewives of Atlanta is not only reality show for Kandi.

The Real Housewives of Atlanta is one of the popular reality show of Kandi but this is not only reality show of her. Kandi was appeared in the television sitcom Are We There Yet, VH1’s single ladies. She also had appeared on an episode of Who Wants to be a Millionaire where she helped a housewife to win a million dollar.

5. She has Happy Family.

Songwriter Kandi Burruss is a married woman. She married her husband Todd Tucker on April 4, 2014, after several years of relationship. After 2 years of married life, they welcomed their first child named Ace Wells- Tucker on January 5, 2016.

Kandi also had the daughter named Riley Burruss from her ex-boyfriend where they welcomed her on August 22, 2002. But currently, Kandi is living happily with her handsome husband Todd and her kids.

factsfive - April 21, 2021
Film, TV and stage actor David Denman was born in the Orange County, California suburb of Newport Beach. Denman grew up all over Southern...

Jessica Chastain Wiki, Bio, Age, Net Worth, and Other Facts

Jon Hamm Wiki, Bio, Age, Net Worth, and Other Facts

Antony Starr Wiki, Bio, Age, Net Worth, and Other Facts

Annabella Sciorra Wiki, Bio, Age, Net Worth, and Other Facts

Hannah Alligood Wiki, Bio, Age, Net Worth, and Other Facts