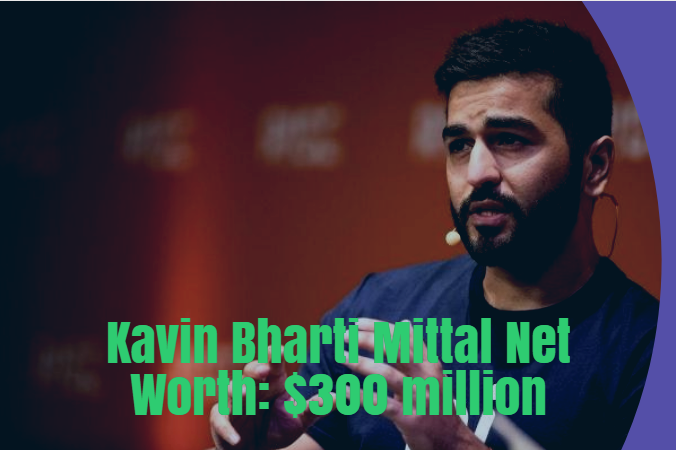 Kavin Bharti Mittal is an Indian Internet entrepreneur most popularly known as the founder and current CEO of the app Hike Messenger. Since its inception in 2012, the company has come a long way heading towards being India’s number one mobile messaging application.

Here are some interesting facts about the Internet Entrepreneur:

1.Kavin Bharti Mittal net worth is around $300 million while his company is worth $1.4 billion

As of 2018, Kavin Bharti Mittal net worth is estimated to be around $300 million. Hike was actually founded back in 2012 when Kavin came up with the idea to rival Whatsapp. Today Hike Messenger is valued at approximately $1.4 billion after raising $175  million from Tencent and Foxconn in funding for its expansion all over India. During its initial start, Kavin had received funding worth $86 million in total from Bharti Softbank and Tiger Global.

Today the app has more than 100 million users but Mittal definitely wants more following the growing amount of users across India. With Mittal announcing his plans to monetize Hike in 2019 once its user base reaches expands even further.

The company is currently undergoing a large growth phase and with a phase of fruition soon to come, his personal net worth is set to skyrocket, probably above the billions very soon.

2.Kavin is the son of billionaire Sunil Bharti Mittal

Sunil Bharti Mittal is the founder of Bharti Airtel. His company is the largest telecom service provider in India and has been active for the last two decades among the top names. Currently, the company has a user base that is set to reach 400 million all across India. Kavin also has a brother named Shravin and a sister named Eiesha.

Even though Kavin could have worked for his father’s large organization, he decided to follow what he realized that he was good at; inventiveness and technology.

After finishing his undergraduate program, he set his eyes on Imperial College where he obtained a master’s degree in Electronics Engineering and Management. During his college days, Kavin was active in the cricket team for the college.

Kavin didn’t immediately start Hike, he went through a steep learning process working as an intern for companies like Google, McLaren Racing, and Goldman Sachs.

His days in college would prove to be some of his most important dates as he experimented with different ideas that popped through his mind. During one of his internships at Google, he realized the boom of the recently launched Apple Iphone and the amount of apps that were being built for its recently launched App Store.

Along with one of his friends from college, he built an app called Movies now in collaboration with movietickets.com. During that time, it was one of the earliest movie ticket reservations app present there. Eventually, Kavin didn’t see much money in the app as in this field of work, it is the producers of the films that drive in the big bucks.

Eventually, he also built an app called Appspark. He eventually dropped these ideas but it did made him self-aware of the fact that he was pretty good at it and wanted to pursue similar ventures in the future.

5.Kavin is a follower of Zen Buddhism

Kavin was introduced to Zen Buddhism around 4 years ago and believes that it is a practical philosophy for a happy life. Kavin, who made it to the 2016’s 35 under 35 list in Entrepreneur magazine says that the teachings he learnt from Buddhism has helped his personal and professional life immensely.

Because of the proactive thoughts he was able to carry, Hike Messenger is still surviving and ready to thrive. The company in the past was two times close to completely shutting down but through dedication and the new inspiration he has found, he is still keeping it all together.

Today, he is a big inspiration to the aspiring group of millennials in India who would like to replicate the degree of success he has been able to have through his inventiveness in technology.