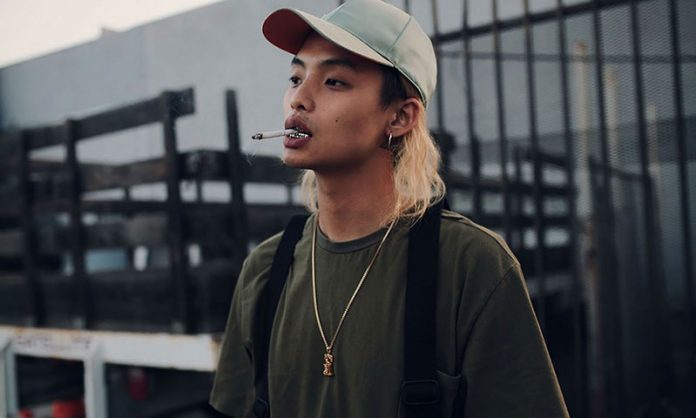 Keith Ape, who was previously also known as Kid Ash, is a South Korean hip hop recording artist. He is currently associated with the record label called 88rising.

Ape rose to prominence after the viral success of his breakout single titled “It G Ma” back in early 2015. The song went on to be number five on the K-pop 2015 top list of songs by Billboard K-Town. There are many speculations and high chances that Keith Ape is going to release an album this year.

Here are some facts that you might now have known about the Korean rapper:

As of 2018, Keith Ape net worth is estimated to be around $500,000. His viral hit “It G Ma” is surely the reason for such a fast track into the mainstream hip-hop scene. The song has went on to be remixed by prominent names featuring Dumbfoundead, Waka Flocka Flame, A$AP Ferg, and Father.

Over the years, he has also collaborated with big names including Slug Christ, Ski Mask The Slump God, Bryan Cha$e, The Cohort, and Okasian. These strong networks along with his works with prominent stars in remix tapes have helped him grow his name exponentially.

With his fan base growing fast, Keith Ape will surely now be looking for live performances and possibly a tour in the coming days. Currently he is trying to enter the American market. Thus, to appeal more to them, he has done many collaborations.

Keith Ape’s actual name is Dongheon Lee. He was born on December 25, 1993 in Seoul, South Korea. He is a person who is very mysterious and he hardly does any interviews as well.

In one rare interview he did do though , he talked about how he continously tries to come with newer and better versions of his already done work. He has mentioned also about how experiences that he has felt have resulted in some of his best works.

A prime example is his “Swanton Bomb”. This is actually the name of a move performed by WWE wrestler Jeff Hardy which Ape adored watching growing up.

3. The Korean rapper himself quoted “Korean Rap, it sucks.Bad.”

This short quote raised outrage among the hip-hop enthusiasts and rappers back in Korea. The rapper TakeOne even went on to release a diss track titled “Come Back Home”.

Such a bold quote has sadly developed a lot of haters for him but he tends to ignore them. Groups of haters back in Korea have been formed but it only looks like free marketing for him. There is a big chunk of fans that he has won over with his music that is global. His performance in the South by Southwest rap showcase was listed as one of The New York Times top 40 picks.

This was a big burst of fuel that elevated his name. Such a personal success in a global event that featured international rappers like Young Thug, Desiigner, and XXXTentacion have helped him to reach a stepping stone in hip-hop with the only direction looking forward.

4. He was accused publicly by OG Maco

Maco Mattox, the American rapper from Atlanta, Georgia, who is best known for his viral hit called “U Guessed it” accused Ape for cultural appropriation on February 4, 2015. After the viral sensation that “It G Ma” went on to be, Maco reportedly said that he and his group intentionally mocked him to sell more of their work.

This became a big headache for Ape, who was accused of stealing the basis of the track that was formed originally by Maco for his own viral hit “U Guessed It”. After many months, they eventually ended the accusations with OG Maco receiving royalty payments from Ape’s viral hit. Ironically, Ape is referred to as the “Korean OG Maco”.

Keith Ape became so tired of social media, that he decided to leave Instagram. Even though as a rapper with personal branding being very important, Ape has explained how he doesn’t want to mix his personal life with his professional career.

He stated that social media is like a drug and decided not to waste any time on it. According to Ape, he isn’t really an extrovert and doesn’t particularly like people knowing everything about him. He wants his music and information to be treated like a rarity, that makes people even more curious about him.