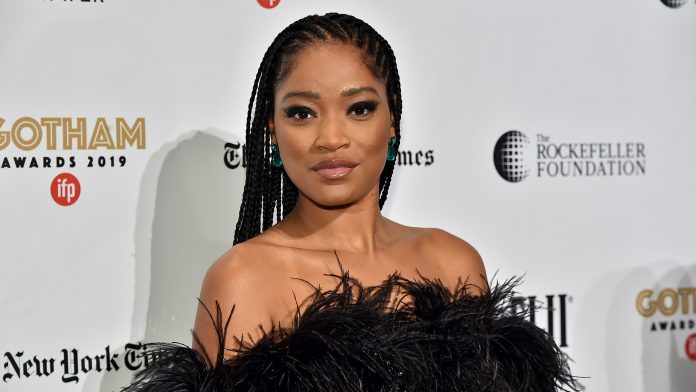 Below is a compiled list of the most interesting facts about Keke Palmer. Check it out!

Lauren Keyana Palmer was born on August 26, 1993 in Harvey, Illinois to Sharon and Larry Palmer, both former actors. Palmer showed vocal promise as a five-year-old, when she belted out “Jesus Loves Me” in her church choir. A year later the singer-actress had a solo in her kindergarten play but, to her mom’s dismay, the mike had not been adjusted to suit her daughter’s height. Without missing a beat, Palmer lowered the mike and moved the crowd with her heavenly voice. At that very moment, her family knew there was something special about Keke (a nickname given to her by her sister).

I love being brown, so I love using Guerlain Terracotta Bronzing Powder. I use it everywhere: my forehead, my cheekbones, a little bit by my chin. It gives me a golden balance that I really like. I also use the Becca Shimmering Skin Perfector for my highlighter right underneath my eye. It’s a pretty color – it’s not too much and not too little.

I have a particular pair of boyfriend jeans that I wear with Converse sneakers and, really, any kind of top, from a crop top to a hoodie. I usually go for a loose top or jacket to keep things casual with sort of a streetwear vibe.

I don’t wish for anything. Wishing for a million dollars feels greedy. I just wish for the best for me.

When I was, like, 5 years old, I used to pray to have light skin because I would always hear how pretty that little light skin girl was, or I would hear I was pretty to be dark skin. It wasn’t until I was 13 that I really learned to appreciate my skin color and know that I was beautiful.