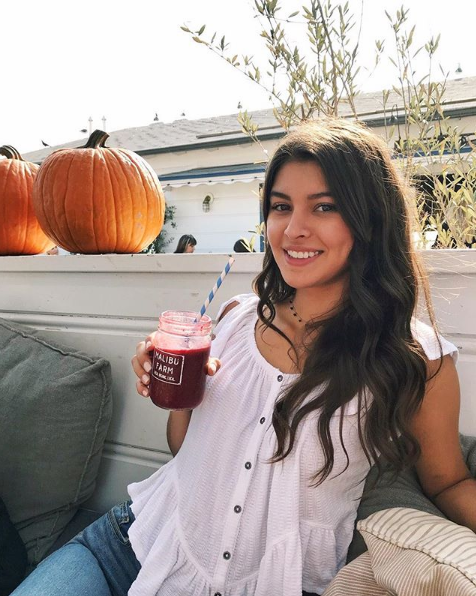 Kelsi Taylor is the new girl to be involved in Dane Cook’s life. According to reports, the comedian and Kelsi Taylor have been dating for almost a year but managed to hide it from the mainstream media. So, who is Dane Cook’s new girlfriend Kelsi Taylor? What does she do? Let’s find out some interesting facts about her.

While her date of birth is not available, she is currently 19 years of age. She was born and raised in Southern California. She is a talented singer. Kelsi has worked as a backup singer for Demi Lovato while she also covers songs from artist like Sam Smith and Norah Jones and uploads on SoundCloud. Some of her popular covers songs on SoundCloud are Norah Jones’ “Don’t Know Why” and Sam Smith’s “Leave Your Lover”.

Kelsi is also an actress and has appeared in movies like My Name is Asia, Josephine and Alchemy as well as TV series like “The Funny Bunch”.

2.Kelsi and Dane Cook have been dating for almost a year

Kelsi and Dane first got involved in relationship when Kelsi was 18 and Dane was 44 years old. There’s significant age gap between the two lovers but the new couple are enjoying and seem to make it work. They regularly posts pictures of each other on Twitter. Very little information is available about their early relationship. May be they like to keep something private.

3.Her boyfriend Dane is famous comedian and actor.

4.Dane Cook has dated several girls in the past.

This isn’t the first time that Dane has been involved in a relationship. He has dated several high profile celebrities in the past. His first affair was with Nikki Giavasis. After that, he has dated powerful names like Heather Ashley Chase, Raquel Montero, Jessica Sinpson, Nicole Scherzinger, Julianna Hough and Amanda Cerny. He was also once linked with Miley Cyrus when she was only 22 years old.

5.Kelsi is a fun loving woman

me, you, and a secret beach – paradise

Kelsi tries to keep her away from media and likes to stay private. Looking at her Instagram profile, we can say that she is fun and loving women. She likes to spend some time on beach, enjoying some time with friends and her pets. She has over 9000 followers on her profile.