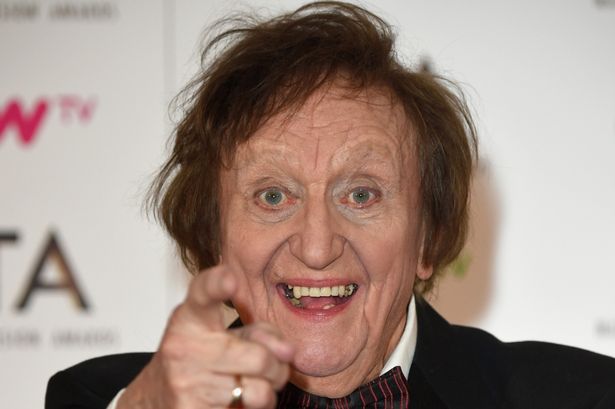 Here are some of the facts about Ken Dodd:

Ken Dodd net worth before his death was $10 million. Dodd earned most of his money by selling millions of records worldwide. His hit single “Tears” reached #1 in the UK charts and sold more than 1.5 million copies to become the 33rd best selling single of all time in UK. He also earned fair amount of money by appearing on several TV shows.

Ken Dodd was born on November 8, 1927 in Liverpool, Lancashire to Arthur Dodd and Sarah. He has an older brother named William and a younger sister. He attended Knotty Ash School and then went to Holt High School in Childwall. He is known for his features like his teeth, hair and his red, white and blue tickling stick.

Described as “the last great music hall entertainer”, Dodd’s comedy style was relied on one-liner jokes. Apart from comedy, he has also given many recording hits. His first single “Love is like a Violin” charted at number 8 in UK and his song “Tears” topped the UK charts for five weeks in 1965 selling over million copies. The song also became 33rd best selling single of all time in UK. His other hit single includes: Promises, Let Me Cry On Your Shoulder, Brokenhearted, Think of Me, When Love Comes Round Again and So Deep Is the Night. In 1960s, he made it into the Guinness Book of Records for telling 1500 jokes in three and half hours.

Ken has also starred in many shows like: The Ken Dodd Show, Doddy’s Music Box, Ken Dodd in Funny You Should Say That, The Ken Dodd Laughter Show, Dodd on his Todd, Ken Dodd’s Happiness and many more.

4. He has won several awards.

Ken was appointed Officer of the Order of the British Empire in 1982 New Year Honors and he was knighted in 2017 New Year Honors for his services to entertainment and charity. He was made an honorary fellow of Liverpool John Moores University in 1997. He was also made an honorary fellow of the University of Chester on 2009. In 2016, he was awarded the Aardman Slapstic Comedy legend award for his lifetime’s contribution to comedy world.

Ken married his partner of 40 year, Anne Jones on Friday, March 9th 2018 at their home in Liverpool just two days before his death. Their wedding came after he was discharged from Liverpool Heart and Chest hospital following six weeks of treatment for a severe chest infection.

His first fiancé, Anita Boutin died of a brain tumor in 1977 aged 45 after 24 years together.