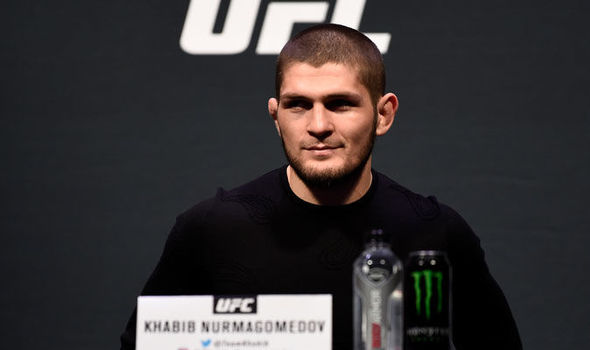 Khabib Nurmagomedov is a Russian mixed martial artist who currently fights in the lightweight division of the UFC. He is best known for holding the longest undefeated streaks in MMA with 25 wins (and counting). As of 2018, Khabib Nurmagomedov net worth is estimated to be more than $1.2 million

Khabib was born on September 20, 1988 in the village of Sildi in Russia. He has one older brother named Magomed and a younger sister named Amina. Khabib began wrestling from an early age when he was six years old. His father Abdulmanap had also wrestled and trained judo and sambo in military. When he was 12 years old, he started training in Wrestling and at 15 he began training in judo.

Nurmagomedov made his professional MMA debut in September 2008 and then signed a deal to compete in UFC lightweight division in 2011. His debut match came against Kamal Shalorus on January 20, 2012 where he defeated via submission in the third round.

After his dream debut start, he defeated Gleison Tibau in his second match via unanimous decision which was very controversial. Since then he has won series of matches including fight against Thiago Tavares, Abel Trujillo, Pat Healy, Rafael dos Anjos, Michael Johnson and Edson Barboza.

He is also a two time Combat Sambo World Champion, a freestyle wrestler and a Judo Black belt. He now holds the most undefeated streaks in MMA with 25 wins. In 2017, he was ranked No. 2 contender in UFC lightweight division by several authorities.

Regarding his personal life, he was married in June 2013 and has a daughter and a son. He is a big fan of Anzhi Makhachkala football Club.