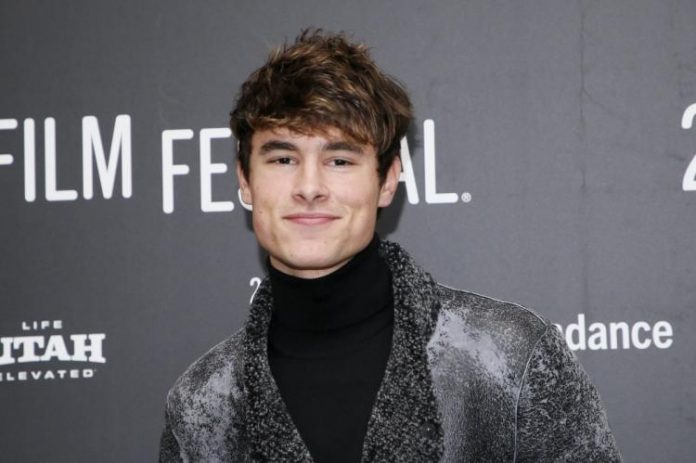 Kian Lawley is an American Youtuber, Actor, and social media influencer. Lawley, along with his close friend Jc Caylen have earned their name through their challenges and skits on YouYube and today stand with more than 3.4 million subscribers with excess of 230 million views on their videos.

Most recently, he has also been seen working for films and is currently co-starring in H8TERS that he promotes frequently on his social media sites.

Here are some facts about the young YouTube sensation:

1.Kian Lawley net worth is estimated to be $2 million

Kian Lawley net worth of $2 million may seem like a lot for a 22 year old but he has worked very hard with a lot of creativity to have elevated his YouTube channel attracting a young audience.

The engagement that he has in his YouTube channel and his social media platforms has  helped him to land many lucrative endorsements from top companies. He also monetizes his videos through YouTube’s ad program and is obviously given great contracts for his works as an actor.

Lawley with his childhood buddy, Sam Pottorff started a YouTube channel back in 2010 with the name of SuperKian13. There would be many years of climbing up the ladders before they would get a true fan following.

But his move in being part of the collaborative channel called Our2ndLife alongside JC Caylen, Ricky Dallon, Trevor Moran, Connor Franta, and Sam would help tremendously in their rise to fame.

3.Andrea Russett is his ex-girlfriend

The two YouTubers were in a committed relationship back in 2014 but they parted ways that same year. Today, Andrea has more than 2 million subscribers on her YouTube channel and generally focuses on videos having a sense of comedy and even has a clothing line called FLAWD Clothing.

Lawley later started dating model Meredith Mickelson in 2017 but they separated after a couple of months together. Currently, it is disclosed about the relationship status of Lawley.

4.He is transitioning as an actor.

He has reached a stage in his career where he has developed a large fan base. He has more than 4.4 million followers on Instagram. Such a loyal fan base and his natural acting skills have helped him become the center of many lucrative offers as an actor.

He also featured in Boo! A Madea Halloween as Bean Boy which also features YouTube Star Liza Koshy. In 2015, Lawley starred in his first film which was called “The Chosen” playing the role of Cameron. The next year, he got an offer to work with Bella Thorne in the comedy Shovel Buddies which his fans adored.

He has also worked in television. Previously, he worked on two projects, H8TERS and Guilty Party as Jake. He is currently playing the starring role of Zac Meier in the series Zac and Mia.

Lawley is the recipient of three impressive Teen Choice Awards. One of them being for his recent move as a actor winning the award for Choice Movie Actor in the film Before I Fall. Previously, he has also been nominated for Entertainer of the Year at the 2016 Steamy Awards.

5.Fox fired Kaylen from “The Hate U Give” movie

Most recently the Youtuber came into attention after an old video went viral of him making a very inappropriate and racist comment. 20th Century Fox which had cast him to be on their wildly expected movie “The Hate U Give” has now been fired and they have said that they are going to re-shoot all the scenes in which he would have featured.

This is very sad to hear for the YouTube star who had already completed shooting for it and was excited to share the moment with his large fan base. In a statement, Fox said that such actions were taken following the controversy that raised eyebrows in public because of such comments.

Kaylen posted his views on the topic through his Twitter page pledging that he was sorry for his past comments in the public eye. He apologized and said he understood the implications of such words coming from someone with a lot of influence among the youth. Previously, YouTubers like Logan Paul and Pewdiepie had faced many criticisms for posting content that was flagged as offensive content.

First of all, I am deeply sorry to those that were effected by my choice of language. I understand that I am in the public eye & have many supporters, but none of my actions that took place should be supported. Words have power and can do a lot damage. I own mine and I am sorry.

Alexander Dreymon Wiki, Bio, Age, Net Worth, and Other Facts

factsfive - October 27, 2020
Alexander Dreymon was born February 7, 1983 in Germany and grew up in France, Switzerland and the United States. He studied in Paris and...

Joe Alwyn Wiki, Bio, Age, Net Worth, and Other Facts

Brittany White Wiki, Bio, Age, Net Worth, and Other Facts

Matthew Broderick Wiki, Bio, Age, Net Worth, and Other Facts

Chris Hemsworth Wiki, Bio, Age, Net Worth, and Other Facts

Lil Skies Net Worth: 5 Interesting Facts About The Rapper