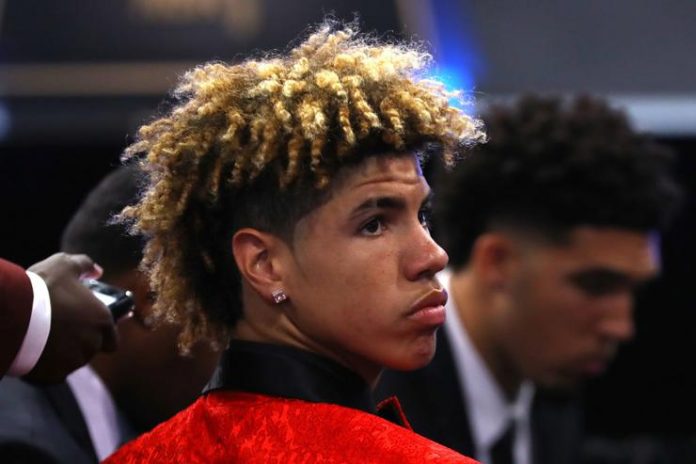 Here are interesting facts about LaMelo Ball including his personal life, net worth, career and more.

LaMelo Ball net worth is expected to be between $100,000 and $150,000. According to an article published in ESPN, LaMelo and his brother LiAngelo are expected to make $500 per month in a best case scenario after signing to play for a Lithuanian club.

LaMelo Ball net worth compared to his family members

LaMelo also made his name after he made a half-court shot in December 2016 against Los Osos High School. Stephen Curry even commented on his shot saying “That was some confidence right there. That was pretty unbelievable”.

On December 2017, he signed contract with Vytautas Prienai-Birstonas of Lithuanian Basketball League along with his brother LiAngelo Ball. The brothers were the youngest American to ever sign a professional basketball contract. After Vytautas withdraw from the BBL league, LaMelo and LiAngleo played Big Baller Brand Challenge, a series against weaker Lithuanian teams.

The 6 feet 3 inch tall point guard is also quiet popular on social media. He has more than 3.4 million Instagram followers putting him ahead of some of the professional basketball players.

4.His father LaVar Ball is a controversial figure.

LaMelo’s father LaVar is known for some controversial comments. He said that his son Lonzo is better than Stephen Curry and also said that he could defeat Michael Jordan in one-on-one basketball. He also compared his son Lonzo to some of the biggest superstars like Magic Johnson, Russell Westbrook and LeBron James.

In November 2017, LiAngelo and his friends were detained for shoplifting and faced multiple years in prison in China. Following Trump visit in China, the US President requested Chinese president to release them from the prison. Following their release, Trump took credit for assisting them but LaVar Ball did not thank Trump. He said “it ain’t that big a deal, Did he go visit them in jail? Did you go visit them in jail. If you went to visit them in jail then I would say, Thank you.”

The next year, the Ball family also announced they will feature in a Facebook reality show called “Ball in the Family”. LaVar is the main character of the show while LaMelo and his brothers will feature in supporting roles.