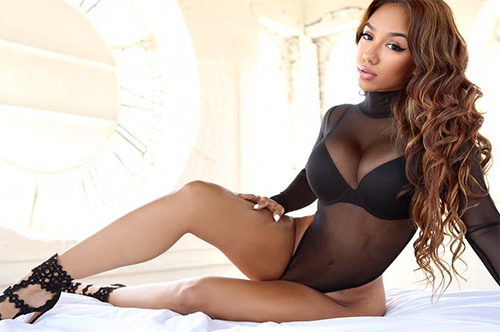 Lani Blair is the mystery girl to be spotted hanging out with NBA superstar Tristan Thompson. According to reports, Thompson and Blair were seen together at his hotel in New York City.

A leaked video released by media sources showed Thompson talking to mystery girl in New York City. The video also showed that they shared a kiss together. So who is Lani Blair actually?

Lani Blair is an Instagram model. She is also a bartender at strip club in Queens. According to daily mail, she is also a New York strip club worker. Blair has also been seen in several magazine and has starred in few music videos. In 2015, she did photo-shoot with photographer Frank Antonio.

Blair and Thompson were together for four hours. Thompson then was seen in a new outfit and together they headed to the private club, Soho House before making their way back to hotel early Sunday morning. After the news came out, Blair made her Instagram account private.

Khloe Kardashian is now pregnant and is expecting a baby girl with Thompson in the coming days. He also has a son named Prince Oliver with his ex-girlfriend Jordan Craig. Neither Khloe nor Thompson have commented on this story.