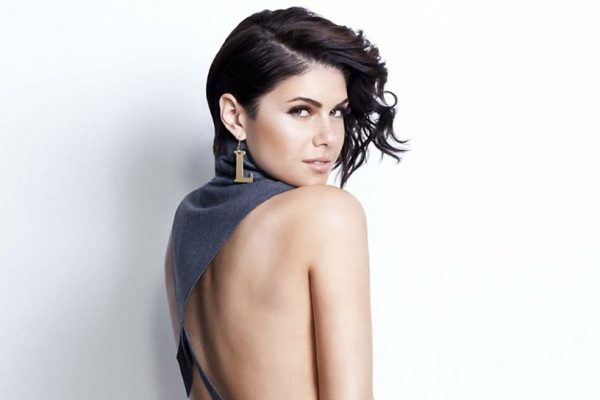 Leah LaBelle was a Canadian-American R&B Singer. She gained fame following her performance on third season of American Idol.

On January 31, 2018, Leah LaBelle and her husband Rasual Butler were tragically killed in a car accident. They were both killed in a crash in Studio City in California.

Here are some of the facts about Leah LaBelle including her personal life, career, net worth and husband.

1.Leah LaBelle Net Worth is estimated to be around $4 million.

Leah LaBelle was born on September 8, 1986 in Ontario, Canada to Troshan and Anastasia Vladowski. Her parents were both musicians and were immigrants who traveled from Bulgaria to United States in 1979.

She went to Garfield High School in 2005 and then attended Berklee College of music in Boston, Massachusetts. She started singing when she was4 years old. By the time she was 11; she won the Washington State Pre-teen Miss America Coed Pageant Talent competition and was first runner-up in Talent at National Pageant.

3.She came 12th on the third season of American Idol.

LaBelle rose to prominence after she performed on third season of American Idol in 2004. She auditioned at the age 17 singing Whitney Houston’s “I Believe in You and Me”. She made it to semi-finals and was eliminated. However, she was given one chance again on the wild card show and was selected to advance to the finals. After performing on Top 12’s soul Week, she received lowest amount of votes and was eliminated from the show.

After she got eliminated from American Idol, she began covering famous songs on YouTube. In 2008, Keri Hilson hired her as a background vocalist after hearing her YouTube cover song “Energy”. She also went on tour with Hilson and Robin Thicke. After that, she went to perform as a background vocalist for artists like Jordin Sparks, Jonas Brothers and Erin Benet.

LaBelle signed to Epic Records in April 2011. Her single debut “Sexify” was released in March 2012. She received huge praise from R&B fans. It peaked at #89 on R&B chart. Few months later, 5 track sampler which consisted of songs: So Hot, Make Me Get Up, What We Got To Lose, Mr. Scissors, Seify was released to the Internet.

5.LaBelle and her husband Butler was killed in an accident

On January 31, 2018, LaBelle and her husband Rasual Butler were killed in a horrific car accident. The event took place in California after Butler crashed his Range Rover near Studio City in Los Angeles around 2 am. According to reports, the car hit a parking meter before slamming into a wall and flipped over.

Justine Skye Net Worth: 5 Facts You Should Know

factsfive - February 22, 2018
Justine Skye is an American singer, songwriter, actress and model. Today, Skye has become a prominent singer with her releasing her debut album called...

Jay Feely Net Worth- How Rich is Jay Feely Actually?