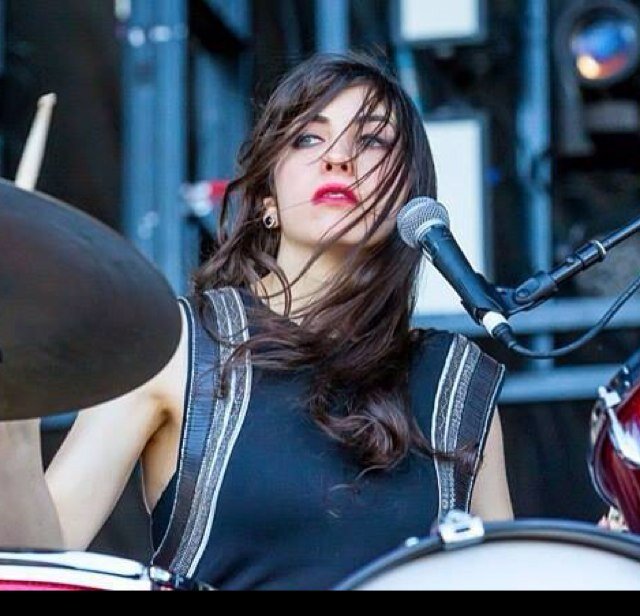 Lena Zawaideh is a pop musician and former drummer of the music group “Bad Things”. Other members of the group performing in the band were Davis LeDuke, Anthony Sanudo, Jared Palomar and famous snowboarder Shaun White.

Lena spent most of her childhood in Carlsbad, San Diego. She thought she would attend Harvard Medical School but opted to move her career to drums instead. She started playing drums at the age 11 and was in several heavy metal bands with her brother until Shaun White gave her a huge break.

After some years things went cozy between Shaun White and Lena Zawaideh and she was fired from the band in August 2014.

What Happened between Shaun White and Lena Zawaideh?

After she was fired from the group, she filed a case against the snowboarder claiming that he sexually harassed her while they were working together.

She said White used to send her videos and photos of male genitalia and forced her to watch sexually disturbing videos including videos sexualizing human fecal matter and vulgar remarks. The lawsuit also claimed that White asked her to get a new haircut and wear revealing clothes. After she refused to cut her hair White would humiliate her in many interviews.

Zawaideh was initially suing White for $42,000 in back payments but also was suing for punitive damages. The lawsuit also accused White of trying to kiss Zawaideh on the mouth at a Halloween party while intoxicated.

Lena is now moving with her life and is now a part of band called “Night Pulse”.

factsfive - February 17, 2018
Tiger Woods who split with his wife nearly 8 years ago appears to have found his new love again. According to golf.com he is...

Scott Baio Net Worth: 5 Interesting Facts About The Actor

Ariadna Gutierrez Net Worth: 5 Facts You Should Know