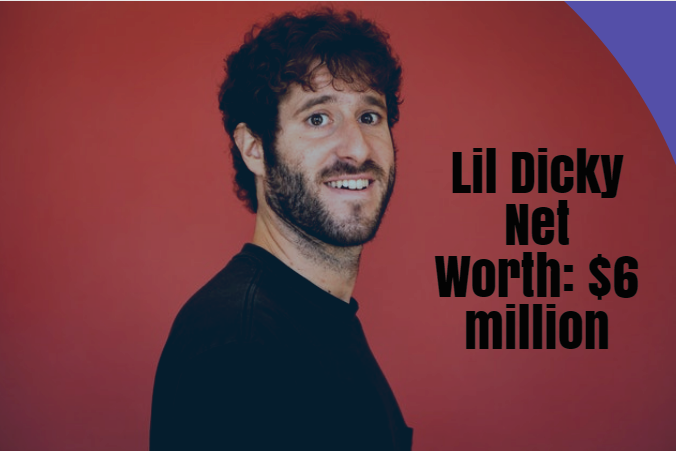 David Andrew Burd, who is better known by his moniker as Lil Dicky, is an American rapper. He has the internet to thank for his fame as the song “Ex-Boyfriend” went viral there the very first day garnering over a million views on its first day. Burd has not looked back since then and has been fully commited as a rapper.

Here are some interesting facts about Lil Dicky:

1. Lil Dicky net worth is estimated to be $6 million.

As of 2018, Lil Dicky net worth is estimated to be massive $6 million. After the immense success of “Ex-Boyfriend”, he went on to release his debut album called “Professional Rapper” in 2015. Even though it was his first ever album, he was able to get superstars like Snoop Dogg, T-Pain, Rich Homie Quan, and, Fetty Wap into the album.

This helped in the album’s success a lot and he is now looking further to other projects. He was also included in the XXL Magazine in its 2016 Freshmen line-up. He is also looking to start a TV show and has pitched possibilities about it to several networks.

2. He worked as an Account Manager before his fame from rapping.

Burd was born on March 15, 1988 in Cheltenham Township, Philadelphia. He grew up in a upper middle class household where he attended Chelyenham High School. He admits that he was more of a nerd in school and was really awkward yet was in terms of academics.

But as his company found out about his company, he got the opportunity to move towards a creative department where he had the autonomy to use to creativeness for various advertisements including NBA’s “BIG” campaign.

3. It took years for him to become an overnight success.

Many people have a belief about him being an overnight internet sensation. Though it is true that he did break the internet with one video but that one video didn’t occur instantly.

He has actually been involved with rapping ever since he was a child. He was inspired by artists like Jay-Z and Nas growing up. One of his earliest performances was when he was only 14 years old opening for R&B group 112.

He didn’t transition to rap instantly as he still had to work full-time at his job. His debut mixtape “So Hard” released in 2011 was made whilst working at the company over a span of two years.

Before his viral hit, he had posted about 32 songs and 15 music videos for his small group of loyal fans. This was a lot of work and took a lot out of his entire life savings.

He was so focused on making content tht eventually there was no money left in the bank. As a pitch to his fans, he explained that they were funding the second phase of his rap career. He began a month long crowdfunding period at Kickstarter which had a target of collecting $70,000.

The project would be a big hit as it eventually collected $113,000. He has thus been able to make music videos, beats, and a lot collaborations all because of that money. It is highly doubtable if Burd might have been able to produce such quality works if he didn’t come up with that money.

Burd also some past experiences as a comedian. His fans have called his performances in concerts to be around 25 percent stand-up and at the same time 75 percent rap. Some of his actions have been really controversial as well when it comes to on-stage performances.

He also has a set of controversial merchandise for his fans which include hats saying “Dickhead” as well as offensive merchandise with writings like “F*CK HITLER”.

Jake Johnson Wiki, Bio, Age, Net Worth, and Other Facts

Molly Ephraim Wiki, Bio, Age, Net Worth, and Other Facts

Vanna White Wiki, Bio, Age, Net Worth, and Other Facts

Alisha Wainwright Wiki, Bio, Age, Net Worth, and Other Facts

Nick Jonas Wiki, Bio, Age, Net Worth, and Other Facts

Naomi Watts Wiki, Bio, Age, Net Worth, and Other Facts