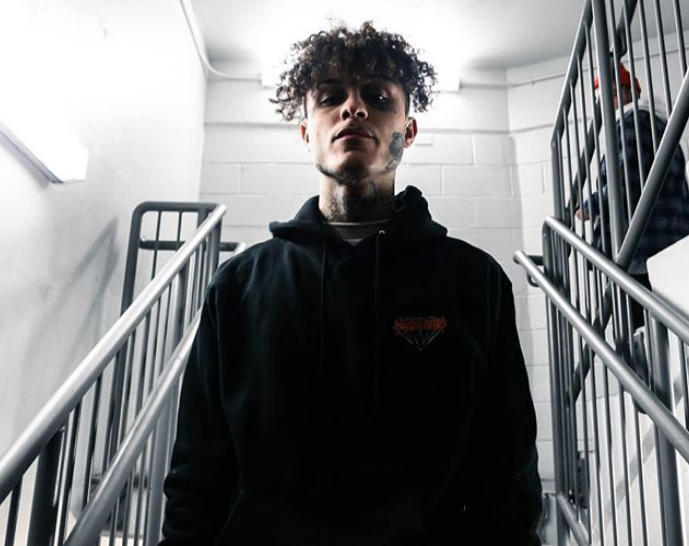 Lil Skies is an emerging American rapper from Waynesboro, Pennsylvania. The rapper first made it on the playlists of rap fans in 2017 after his songs “Nowadays” and “Red Roses” reached the Billboard Hot 100.

He has braced his fans for 2018 as he announced that he has many music videos that are set to launch this year and is sure to make him a bigger star by the end of it.

Here are some interesting facts about Lil Skies:

1. Lil Skies net worth is estimated to be under $1 million.

As of 2018, Lil Skies net worth is under $1 million. Lil Skies has only been active since 2016 but has already made a mark on the hip hop scene as an out of the box rapper with his creations in music. With over 1 million Instagram followers, Skies has already developed a fan following who enjoy his unique style of music.

In his short career he has already collaborated with Lil Uzi Vert. He has been part of some of his tours including the “Very Uzi Christmas” tour. People have also come to love his music as it is very relatable. Skies once mentioned how he thinks about other people’s mentality while creating his songs. This has helped in it being an instant catch to attract new audiences.

He is currently performing in different parts of the U.S. for his mixtape and even has plans to perform overseas soon. Live performances are one of his specialties as he is able to hold a crowd both big or small and loves to be on the stage.

2. His dad had a big influence on his musical career

He was born on August 4, 1998, in Chambersburg, Pennsylvania. His real name is Kimetrius Foose. He finished his schooling at Waynesboro Area Senior High School.

Lil Skies grew up in a scene for hip hop and through his teenage years was very active in making music. One of the reasons for this is his father, Michael Burton Jr. He was also a hip hop artist and used the moniker Dark Skies. Obviously his current stage name has a relation with that of his father.

Seeing the dedication that his father had for hip hop, Skies started to also focus on it and eventually started to love it. He tried many things and found that he was good at it as well. This led to his decision to pursue a career in music.

3. He has several tattoos in his face and body.

The artist has several tattoos along with many of those in his face which explain his passion of making it in this industry. This is a way of showing his dedication as he cannot fall back for a normal job again.

One of his earliest tattoos was one he got in his right arm. This was during a time when he was only 16 years old and his friend Shack was in the hospital.

Shack almost died and one of the things he said was “Tomorrow is another day, but it’s not promised”. This stuck with Skies and is one of his most meaningful tattoos that describe the importance of today.

4. He is a big Travis Scott follower

Travis Scott is the artist that Skies finds many similarities with himself because of the energy he brings during performances and is definitely one of his biggest inspirations.

He has been working with the likes of Landon Cube and director Cole Bennett and seems that this partnership has brought solid results so far. But, Skies will definitely want to broaden his horizons in the coming days.

He has also worked with other artists including Landon Cube, Yung Bans, Sprite Lee, and Wifisfuneral.  His song called “Red Roses” was released in July 2017 and had peaked at number 69 on the Billboard Hot 100. He went on to release “Nowadays” soon which eventually peaked at number 55 on the list.

5. His first mixtape is called “Life of a Dark Rose”

His first major label mixtape was called “Life of a Dark Rose” which was officially released on January 10, 2018. This project that Skies initiated has done very well and it eventually peaked at the 10th position on the Billboard 200 chart. The 40-minute mixtape has immense quality that has been recognized by his followers and has helped Skies immensely in his early stage of an optimistic career.