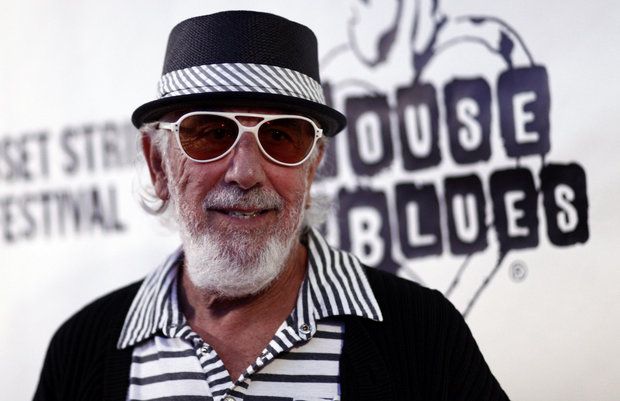 Lou Adler is an American record producer, music executive, film director and producer. He is also the co-owner of Roxy Theater in California and one of the respected names in the Entertainment industry.

1. Lou Adler net worth is estimated to be massive $200 million.

Adler is also the owner of The Roxy Theatre along with his son Nic. The Roxy Theatre is an iconic music venue in California where some of the biggest names like Prince, Guns N’ Roses, Van Morrison, U2, Ariana Grande and System of Down have given their performances.

Adler was born on December 13, 1933 in Chicago, Illinois and was raised in Los Angeles, California. Lou along with Herb Alpert started his career as managing and composing songs. He composed song titled River Rock for “Bob Landers and The Cough Drops” and then songs like Only Sixteen and Wonderful World with Sam Cooke.

Adler then founded Dunhill Records in 1964 and worked as the president and chief record producer from 1964 to 1967. During that time, he signed popular group “The Mamas and the Papas” to his records. In 1967, he sold the label to ABC and founded Ode Records where he signed artists like Carole King, Spirit and Scott McKenzie. He produced Carole King’s diamond certified album “Tapestry”. The album won 1972 Grammy Award for Album of the Year, sold more than 25 million copies worldwide and is still considered as one of the best albums of all time.

For his contribution in music, he was awarded a star on the Hollywood Walk of Fame in 2006. He was also inducted into Rock & Roll Hall of Fame in 2013.

Lou served as executive producer of the classic “The Rocky Horror Picture Show” in 1975. The movie became the longest running theatrical film in the history of cinema. He has also directed and produced movies like Up in Smoke, American Me, Cheech & Chong’s Animated movie, Monterey Pop, Brewster McCloud, Ladies and Gentlemen, The Fabulous Stains and many more.

4. He is married twice

Adler first married actress and singer Shelly Fabares in 1964. After two years they got separated while their divorce was finalized in 1980. In 1973, he had first son, Nic Adler with actress Britt Ekland. In 1978, he had his second son, Cisco Adler with then girlfriend Phyllis Somer.

In 1992, he then married actress Page Hannah. She is almost 30 years younger than Lou Adler. Together, they have four sons named Manny, Ike, Pablo and Oscar Adler.

5. Los was once kidnapped.

Adler and his administrative assistant were kidnapped back in 1976. They were held for eight hours and released after $25,000 money was paid. Three suspects were arrested and $14,900 was later recovered. Two suspects were later convicted and one suspect was sentenced to life in prison.

Heidi Klum Wiki, Bio, Age, Net Worth, and Other Facts

factsfive - December 9, 2020
Heidi Klum was born in Bergisch Gladbach, a small city near Cologne, Germany, in 1973. Her career as a top fashion model and swimsuit...

Kat Dennings Wiki, Bio, Age, Net Worth, and Other Facts

Nicole Kidman Wiki, Bio, Age, Net Worth, and Other Facts

Avan Jogia Wiki, Bio, Age, Net Worth, and Other Facts

Dylan Baker Wiki, Bio, Age, Net Worth, and Other Facts

Margarita Levieva Wiki, Bio, Age, Net Worth, and Other Facts